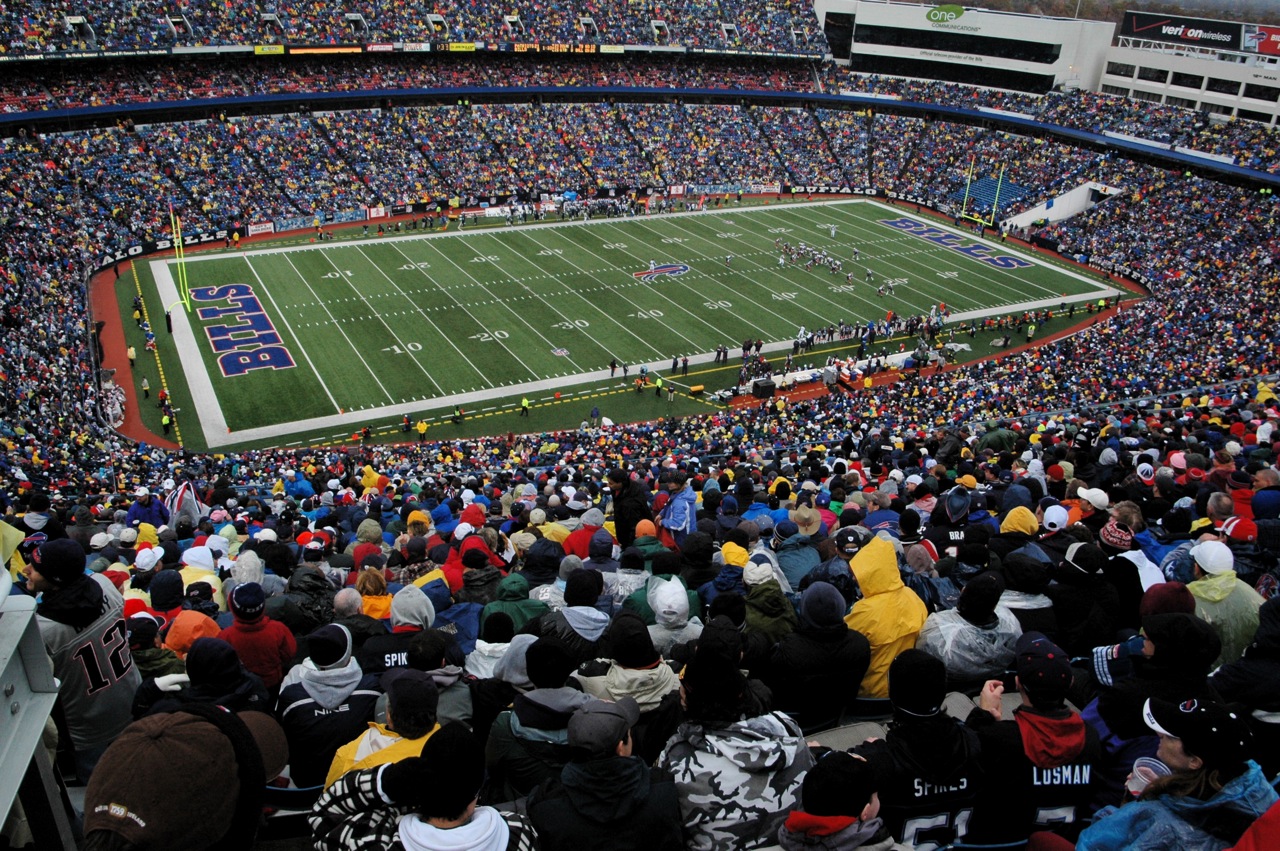 Allen didn’t get a rest under center as Buffalo — which had already clinched a playoff berth — and was vying for better seeding against the lowly New York Jets. The Bills cruised 27–10 over their AFC East rival, with the former Cowboys star throwing for 239 yards and two touchdowns while running for 63 more yards.

The fourth-year pro finished with 4,407 yards and 36 touchdowns passing with 763 yards and six touchdowns rushing in the regular season, finishing second in the entire NFL behind only Tampa Bay Buccaneers quarterback Tom Brady in total touchdowns (42). As AFC East champions, Buffalo is the No. 3 seed and will host its Wild Card round playoff game against a classic division rival in the New England Patriots at 6:15 p.m. Saturday.

With the Bengals having won the AFC North in a thrilling win over the two-time AFC champion Kansas City Chiefs in Week 17, the Bengals opted to rest many of their starters during the final week of the regular season against the Cleveland Browns with the conference’s No. 4 seed essentially locked in place. Wilson was one of them, being marked down as a healthy scratch along with several more of Cincinnati’s stars like quarterback Joe Burrow and wide receiver Tee Higgins.

The rest came at the right time for Wilson, who has been dealing with a shoulder injury that he suffered in Week 13 against the Los Angeles Chargers. He returned for the win over the Chiefs, but the extra week off gives him more time as the Bengals look for their first playoff win in 31 years against the Las Vegas Raiders at 2:30 p.m. Saturday in Cincinnati.

Epps was activated Monday from Philadelphia’s reserve/COVID-19 list just in time for the Eagles’ upcoming Wild Card playoff game as the No. 7 seed in the NFC. The former Poke didn’t play in Philly’s regular season finale — a 51–26 rout over hated rivals in the Dallas Cowboys — due to being on the list, but it didn’t matter for the Eagles’ postseason status as they had clinched a playoff berth in Week 17.

The Californian has a career high 62 tackles this season to go along with one interception. He’ll be a part of an Eagles defense that will need to find a way to stop Tom Brady and the Tampa Bay offense in the Wild Card round at 11 a.m. Sunday in Tampa.

Wingard was out for the second consecutive game due to being on Jacksonville’s reserve/COVID-19 list, so he wasn’t a part of ruining Indianapolis Colts fans’ dreams as the Jaguars upset their AFC South foes 26–11 to knock them out of the playoffs.

Gipson finished with three tackles after playing 85% of defensive snaps for the Bears in their 31–17 loss to the Minnesota Vikings. Chicago has been long-eliminated from the playoffs, making Sunday’s game against a NFC North rival more about playing for pride.

The 31-year-old finished with 47 tackles and made it 10 consecutive seasons with at least one interception, a run that’s seen the former Cowboy play for three other teams (Browns, Jaguars, Houston Texans) in a solid NFL career that included a Pro Bowl nod in 2014 with Cleveland.

The former Mustang was a healthy scratch in Jacksonville’s season finale against Indianapolis. Bryan’s fifth-year option was declined in the offseason, making Sunday his final game of his Jaguars rookie deal.

Bryan finished this season with two sacks and four tackles for loss over 15 games.

Granderson recorded a tackle and played 46% of defensive snaps as New Orleans beat the Atlanta Falcons 30–20, but because the San Francisco 49ers beat the Los Angeles Rams in overtime, the Saints were knocked out of the playoffs.

In 38% of defensive snaps played, Purcell recorded four tackles in the Broncos’ season finale against the Kansas City Chiefs with Denver already eliminated from the playoffs.

Purcell finished with 33 tackles and a fumble recovery this season.

Hollister was an active point in the Jaguars’ offense in their 2021-22 finale, catching three passes for 14 yards on 60% of offensive snaps in Jacksonville’s upset win.

Dragged down Jacksonville’s pecking order at tight end for most of the season, Hollister finished nine catches for 55 yards and a touchdown as part of a hapless season for football’s worst team.

Bobenmoyer played eight special teams snaps and assisted on a tackle in the Broncos’ defeat to the Chiefs this past Saturday. Denver kicker Brandon McManus, with Bobenmoyer launching the ball toward the holder, made all three extra point attempts along with a 31-yard field goal late in the fourth quarter.

With Brooklyn’s roster essentially back to full strength following a squad COVID-19 outbreak last month — and the return of star guard Kyrie Irving, albeit in a limited fashion — Johnson’s role in the Nets’ lineup has been reduced fairly heavily.

The former T-Bird played under 10 minutes in three of Brooklyn’s four games this week, playing a max of 12 minutes in the Nets’ 12-point loss to the Milwaukee Bucks at home this past Friday. The wily veteran will turn 35 next month, keeping himself valuable as a quality role piece and an experienced leader.

Nance started his 11th consecutive game this past Wednesday in a Portland home loss to the Miami Heat, but the former Cowboy and emerging mainstay of the Trail Blazers’ lineup was put on the team’s COVID-19 list last Tuesday. Since then, he’s been inactive for Portland’s past three games.

Nance has averaged 6.9 points and 5.6 rebounds a game for the Blazers, his third NBA team following stints with the Los Angeles Lakers and Cleveland Cavaliers.