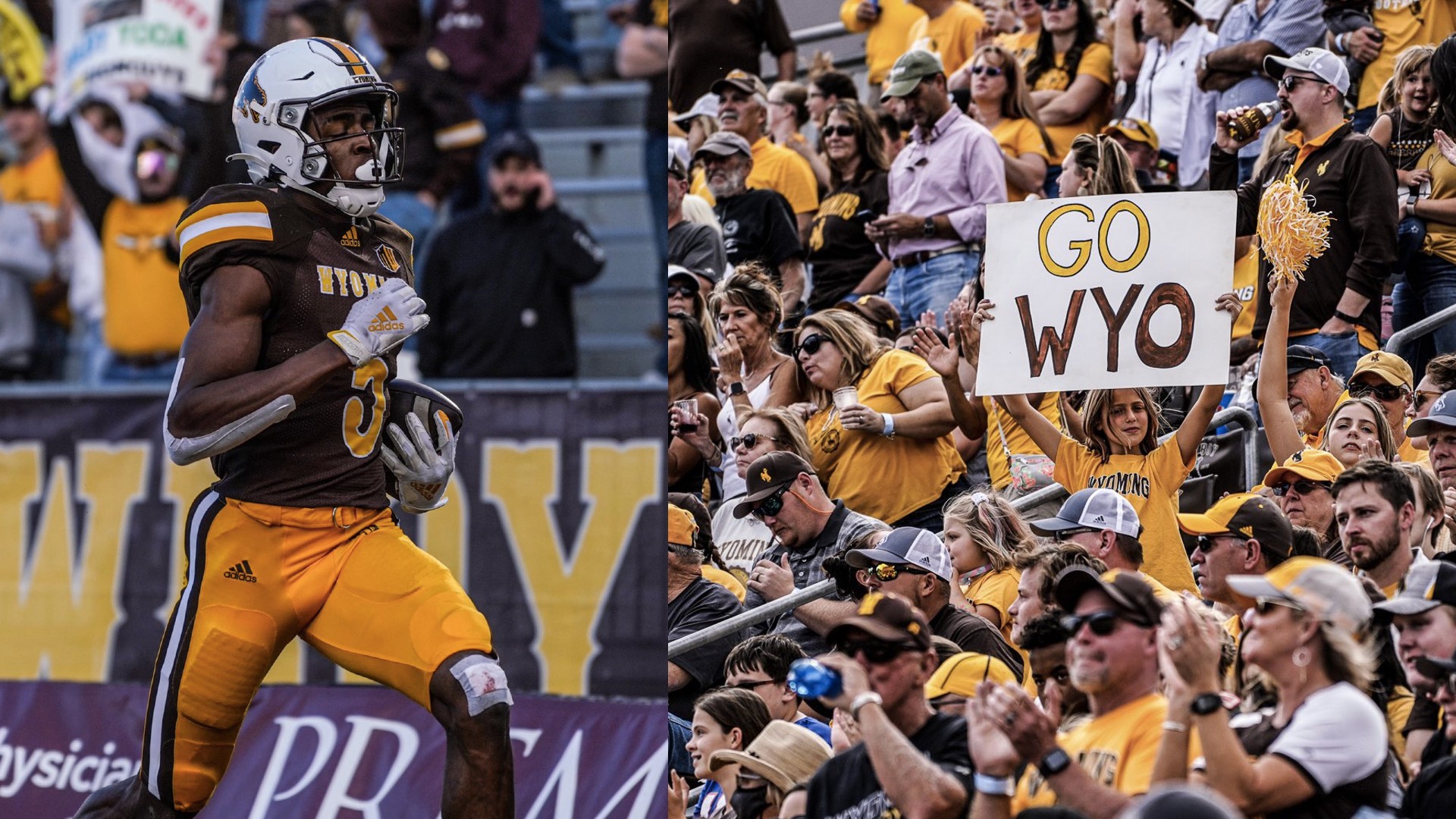 CHEYENNE, Wyo. — In the weeks following University of Wyoming football’s season-ending bowl win in the Famous Idaho Potato Bowl last month, the Cowboys had quite a few departures from the program.

Slowly but surely, transfer portal additions are filling in the gaps.

The program announced the official addition of five new players to the team for the 2022 season Wednesday afternoon, four of which had been previously known through social media commitments throughout the past few weeks.

“We are certainly excited about the addition of these young men to our program,” Wyoming head coach Craig Bohl said through a team release. “They all have a deep desire to add great value to Cowboy Football, and we believe they will help move our program forward in a positive direction heading into next season.”

The newest addition is Wisconsin transfer and senior cornerback Deron Harrell, a 6’2″, 182-pound cornerback originally from Denver that has one year of eligibility remaining.

Harrell played in 22 games for the Badgers, starting nine, but missed the entirety of the 2021 season due to injury. He finished with 26 total tackles with eight pass breakups during his career in Madison, with his best game coming when he had four tackles plus a pass breakup in the Badgers’ win over Northwestern in 2019.

The four remaining players had announced prior their verbal commitments to spend their next season in Laramie through Twitter posts.

Mountain West Conference diehards may recall Utah State transfer quarterback Andrew Peasley, a 6’2″, 200-pound junior that has two years of eligibility remaining. Peasley finished his time in Logan with 70-of-127 passing for 830 yards, seven touchdowns and five interceptions along with 515 yards rushing with three touchdowns. He briefly played against the Pokes on November 20, going 0-for-2 passing with an interception.

Junior cornerback JaKorey Hawkins, an Ole Miss transfer, brings Southeastern Conference experience to the Mountain West and has two years of eligibility left. Hawkins played in 26 career games, starting six, and finished with 32 total tackles, three pass breakups, two forced fumbles and one fumble recovery in his career in Oxford. Hawkins had a team- and career-high eight tackles against Alabama in 2020, also forcing and recovering a fumble and recording a pass breakup.

Evan Svoboda is a towering sophomore quarterback (6’5″, 229 pounds) coming to UW from the JUCO level with three years of eligibility to use. Originally recruited by Bohl’s staff out of high school, Svoboda opted to go the junior college route as a freshman with Snow College in Utah, where he made four appearances.

Finally, Michigan State transfer linebacker Cole DeMarzo comes to Wyoming after a redshirt season in 2020 and one appearance in 2021. The former three-star recruit has three years of eligibility remaining and was brought upon via a recommendation from Spartans defensive coordinator Scottie Hazelton, who previously worked under Bohl at UW and North Dakota State.