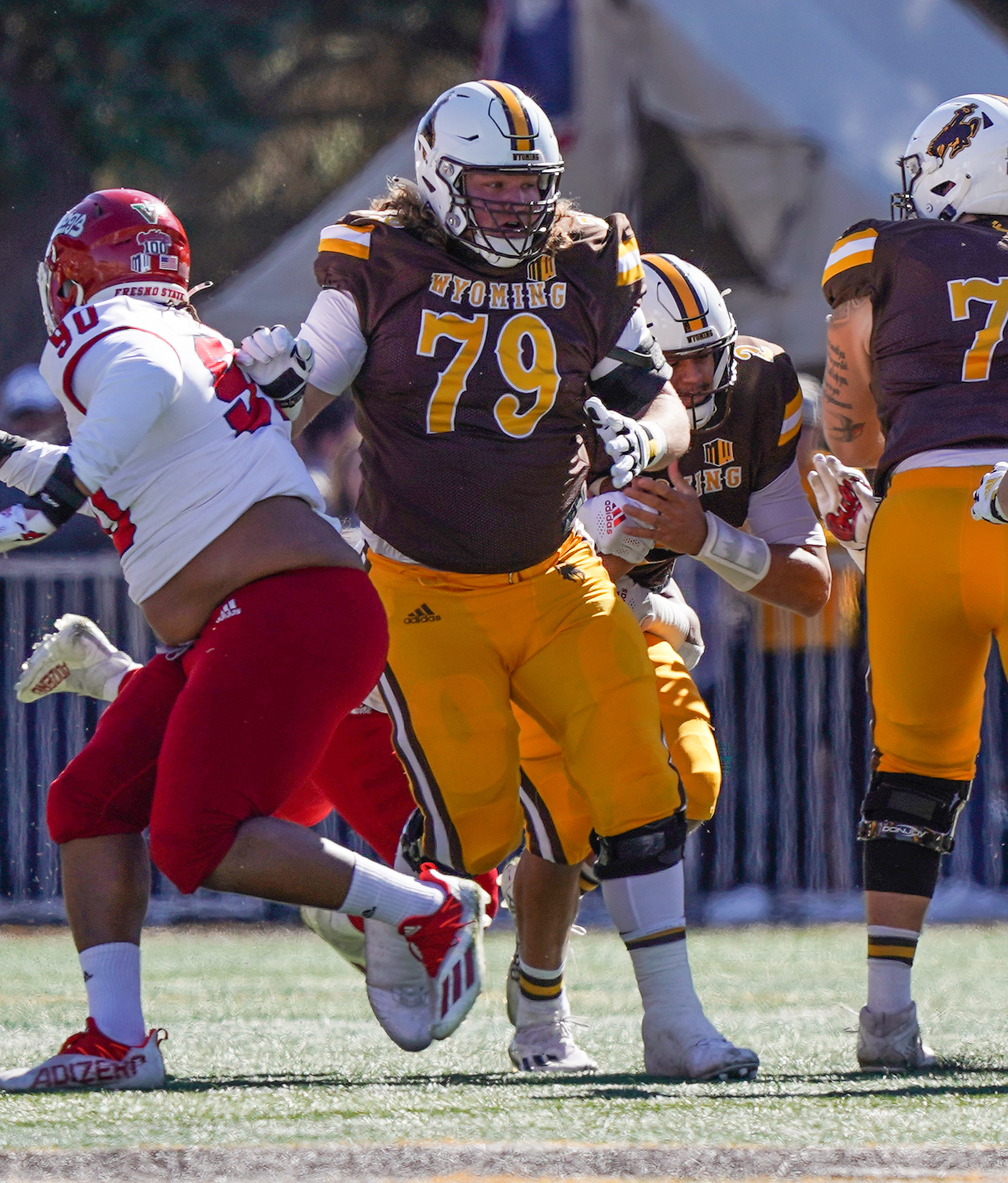 For his career, Harris started 43 of 54 games for the Cowboys. He began his Cowboy career starting all 13 games of his true freshman season of 2017 at center. He was part of the Wyoming offense that was led by quarterback Josh Allen. The 2017 Cowboys won the Famous Idaho Potato Bowl and posted an 8–5 record. Harris started all 11 games he played in during the 2019 season at right guard, including Wyoming’s victory in the 2019 Arizona Bowl.

Harris was selected as Honorable Mention All-Mountain West Conference by conference head coaches and media in three consecutive seasons — 2019, 2020 and 2021.

Harris joins his former teammates Chad Muma, Garrett Crall and Keegan Cryder as Cowboys who earned NFL opportunities this spring, according to the release. Muma was selected by the Jacksonville Jaguars as the sixth pick in the third round of the 2022 NFL Draft. Crall is joining the Miami Dolphins as an undrafted free agent, and Cryder is joining the Tampa Bay Buccaneers as an undrafted free agent.