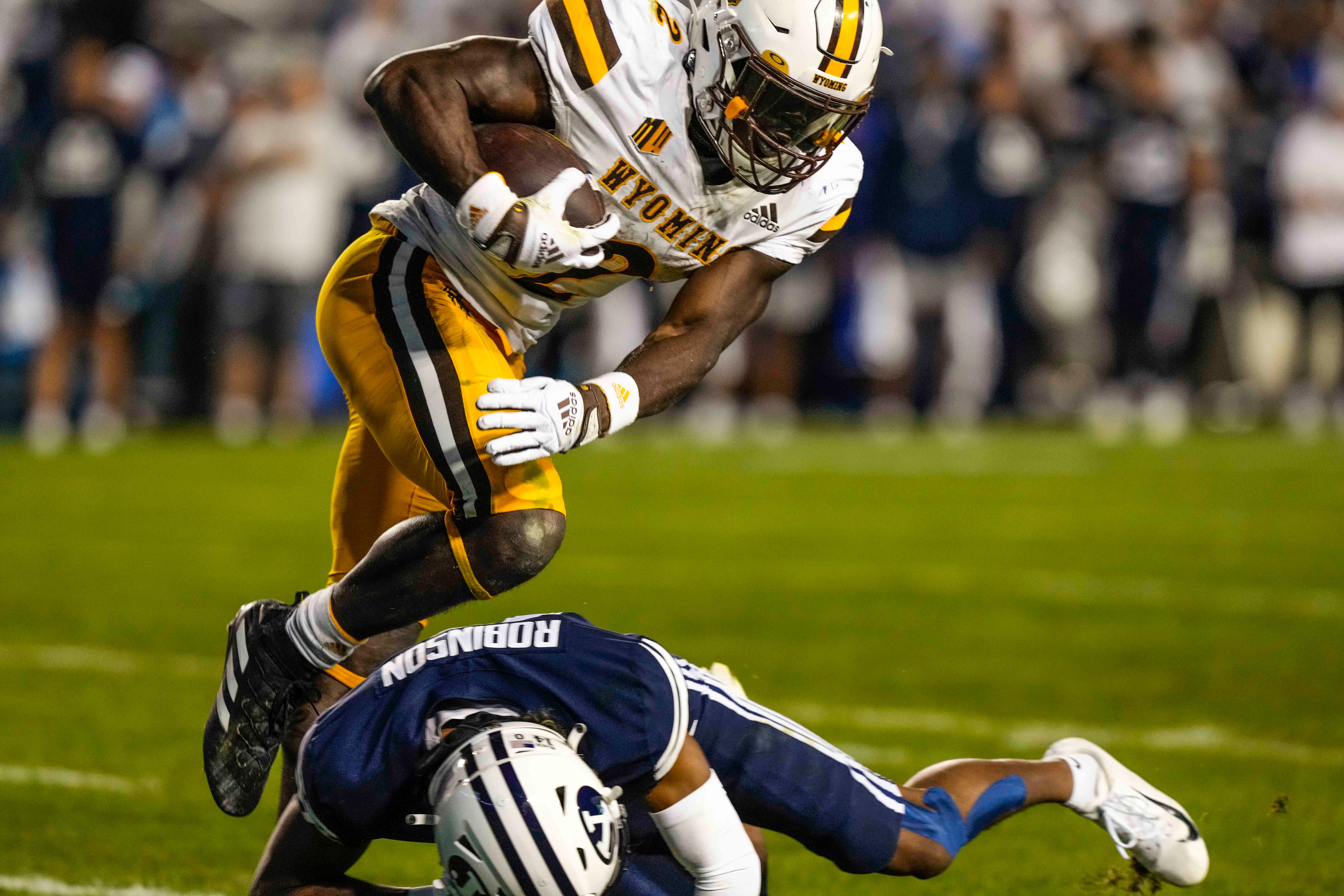 CASPER, Wyo. — The Wyoming Cowboys came up short Saturday on the road against longtime rivals, the BYU Cougars, at Lavelle Edwards Stadium in Provo, Utah.

The Pokes are now 3–2 for the season, and will host San Jose State at War Memorial Stadium on Saturday.

“BYU did their damage through the air with 337 passing yards and only 188 yards on the ground,” UW Assistant Athletic Director Nick Seeman said in a post-game release. The Pokes were held to 278 yards of total offense in the game, with the Cougar offense adding 525 yards for the game.

UW head coach Craig Bohl said the Pokes had a competitive first half, and highlighted areas for improvement on defense.

“Defensively we need to play and go after contested balls,” Bohl said in the release. “We need to tackle better, and some of that has to do with BYU’s ability. This is a hostile environment and is a tough place to play.”

Wyoming was led by running back Titus Swen with 78 yards on 20 carries, Seeman said. Wide receiver Wyatt Wieland grabbed two catches for 27 yards and had three rushes with one touchdown. Quarterback Andrew Peasley was 14-of-27 passing for 154 yards tying a career best with two touchdown passes. Wide receiver Josh Cobbs added four catches for 64 yards and a touchdown. Tight end Treyton Welch also added a touchdown in the contest.