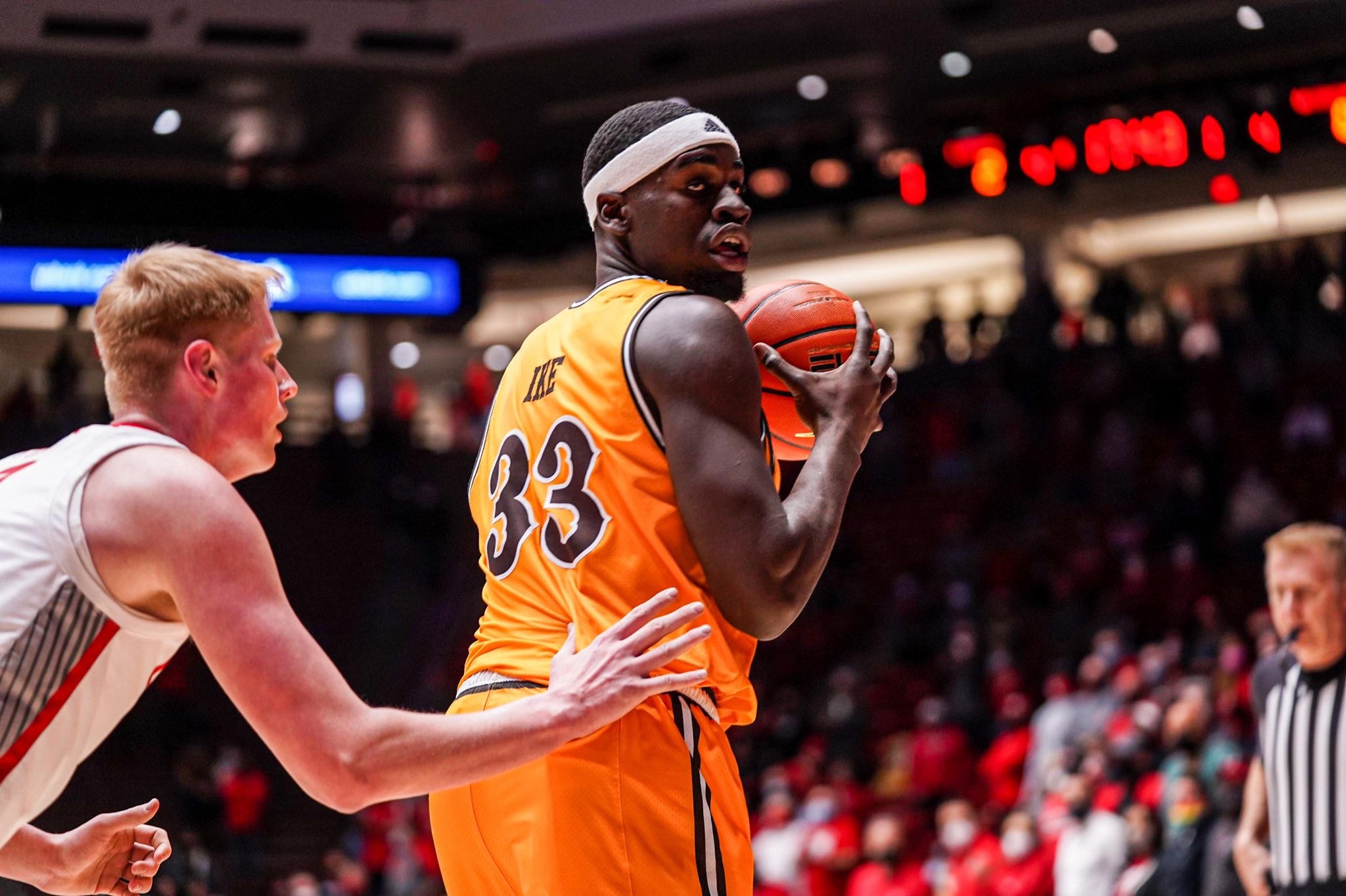 University of Wyoming's Graham Ike looks for an opening under pressure from a New Mexico defender on Tuesday, Feb. 15, 2022 in Albuquerque, New Mexico. (UW via Twitter)

CASPER, Wyo. — The University of Wyoming men’s basketball team is projected to finish second in the Mountain West Conference based on the Mountain West’s 2022–23 preseason media poll, UW Athletics said on Wednesday.

The poll marks the first time the Cowboys have been ranked in the top two of a conference preseason poll since the 2002–03 season, UW Athletics said. The Pokes garnered 204 total points and four first-place votes, coming in behind the San Diego State Aztecs, who earned 216 points and 16 first-place votes.

Rankings in the Mountain West preseason poll are as follows, UW Athletics said.