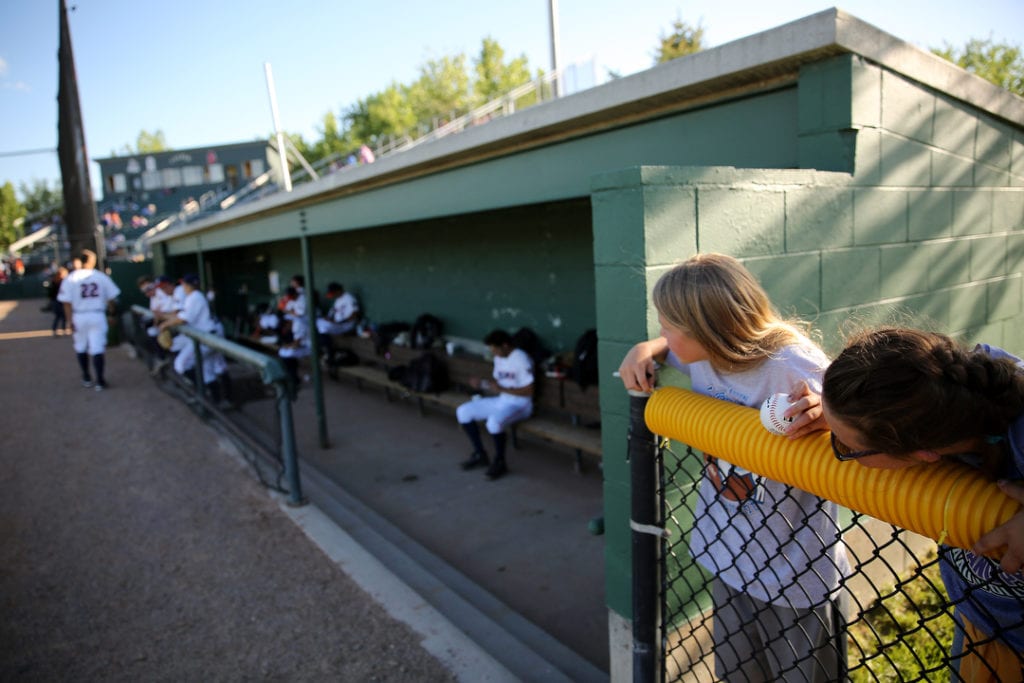 Baseball fans look to get their baseballs autographed during the Casper Horseheads first ever home game on May 25, 2018 at Mike Lansing Field in Casper. (Dan Cepeda, Oil City)

CASPER, Wyo. — Though the Casper Horseheads announced in December that the team would be ceasing baseball operations, the city won’t need to worry about going without a local baseball team. In May, the Casper Spuds will kick off their first season at Mike Lansing Field as part of the Independence League, one of the premier summer collegiate leagues in the country.

Team owner and founder Jeff Dobish said he was excited to keep the baseball tradition alive in Casper.

“We’re not going to wait for the city of Casper to accept us. We’re going to come to town and work our butts off to prove our commitment to this community,” Dobish said. “It’s about baseball, but even more so about getting the people of Casper, especially the town’s youth and their families, engaged and out on the town by providing exciting, affordable family fun and something they can be proud of.”

The move from Idaho to Wyoming brings with it substantial ownership changes, Dobish said. The owner has brought on as partners local businesspeople Paul and Kristi Hack, Colorado businessman Brad Nemzer and experienced operator and Wyoming resident Matthew Snyder, who will serve as the team’s general manager.

“Having local and experienced businesspeople as partners in the Spuds ownership group is critical to our success in Casper,” Dobish said. “Operating such a relationship-based business is extremely challenging to be done successfully from hundreds of miles away.”

Dobish said he hopes to ingrain the Spuds into the fabric of the Casper community and encourages people of all ages to buy into the club and become part of the team.

“We want to make Spuds baseball a part of people’s lives, a part of the town’s culture, and a part of their growing up so people can proudly say, ‘I’ve been going to Spuds games for fifteen years; this is just what we do in Casper,’” he said. “We’re also going to go old school and intend to acknowledge the history and traditions of Casper baseball that preceded us.”