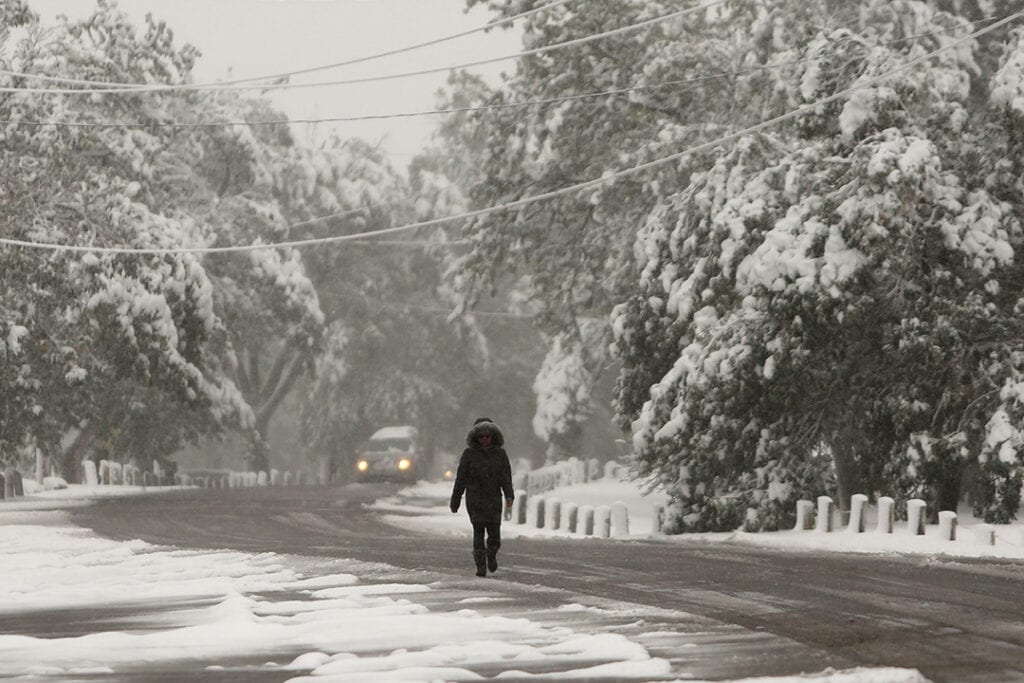 According to the National Weather Service in Riverton, Casper Mountain received 17 inches of snow, with 6.4 inches reported in some lower elevations.

Thousands were without power in Casper overnight, but most electricity had been restored by late morning.

Outer Drive was closed for a time in the morning, as was US 20/26 between Casper and Shoshoni. Road were reported as slick with snowfall in most areas around the county.

Elsewhere in the state, portions of Interstate 80 were closed in sections between Rock Springs and Cheyenne, with no unnecessary travel warnings issued throughout.

The storm is expected to bring bitterly cold low temperatures to much of the state tonight, with a low of 25 degrees predicted in Casper.