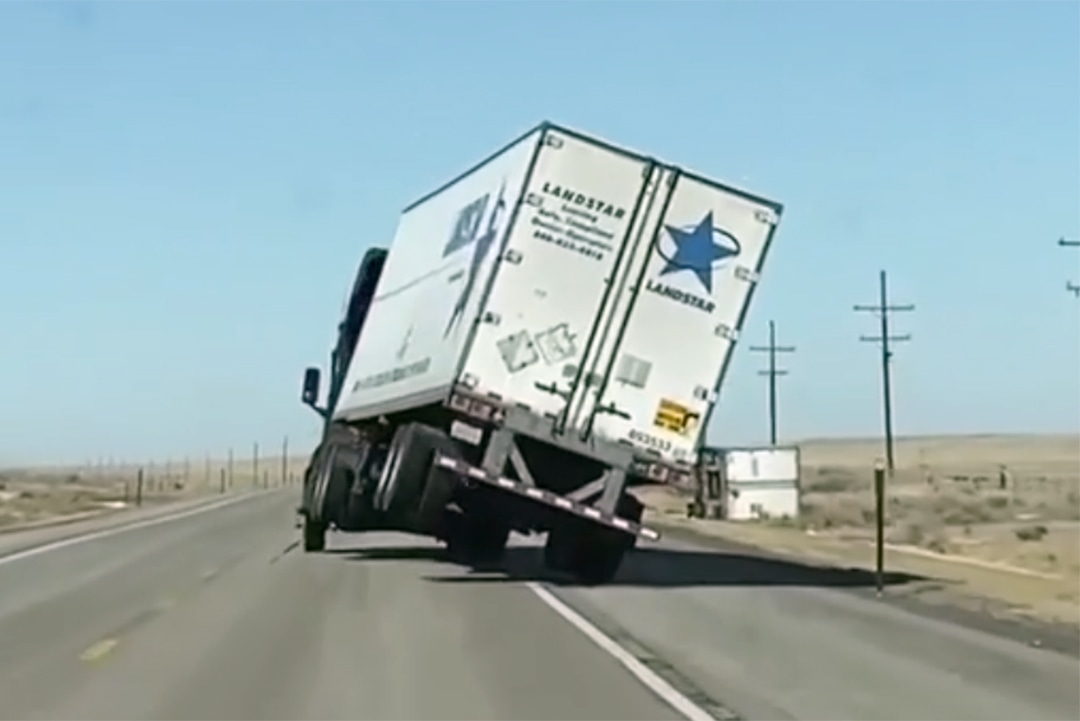 A screenshot from a video shows the moment a semi-tractor trailor loses control in heavy crosswinds in southeastern Wyoming in February 2021. No one was injured in the incident. (Beth Wood via Facebook)

CASPER, Wyo. – A video showing the moment a semi-tractor trailer loses control in heavy crosswinds was posted on a social media page on Monday.

The video, shot by Beth Wood, shows a commercial trailer as it suddenly lifts on the driver’s side and flips over within seconds. The unit appears to come to a rest near another trailer that had blown over earlier.

According to Wood in the video, no one was injured during the incident.

The incident occurred on Hwy 85, and emergency personnel from La Grange and Hawk Springs responded to the incident.

High winds made travel difficult in Wyoming during much of Monday. Sections of Interstate 25 was closed at numerous times yesterday for crashes, and Interstate 80 was closed mainly between Laramie and Rock Springs for winter weather conditions. As of 5 a.m. on Tuesday both interstates are open.

As of Monday evening, parts of Wyoming received gusts around 90 mph. According to the National Weather Service in Riverton, a WYDOT station on Chief Joseph Highway recorded a gust of 88 mph, and Cody saw a gust of 84 mph. A 68 mph gust was recorded in Casper.

The National Weather Service in Riverton and Cheyenne say high winds will continue at least through noon on Tuesday before a cold front moves in bringing a chance of snow and colder temperatures.