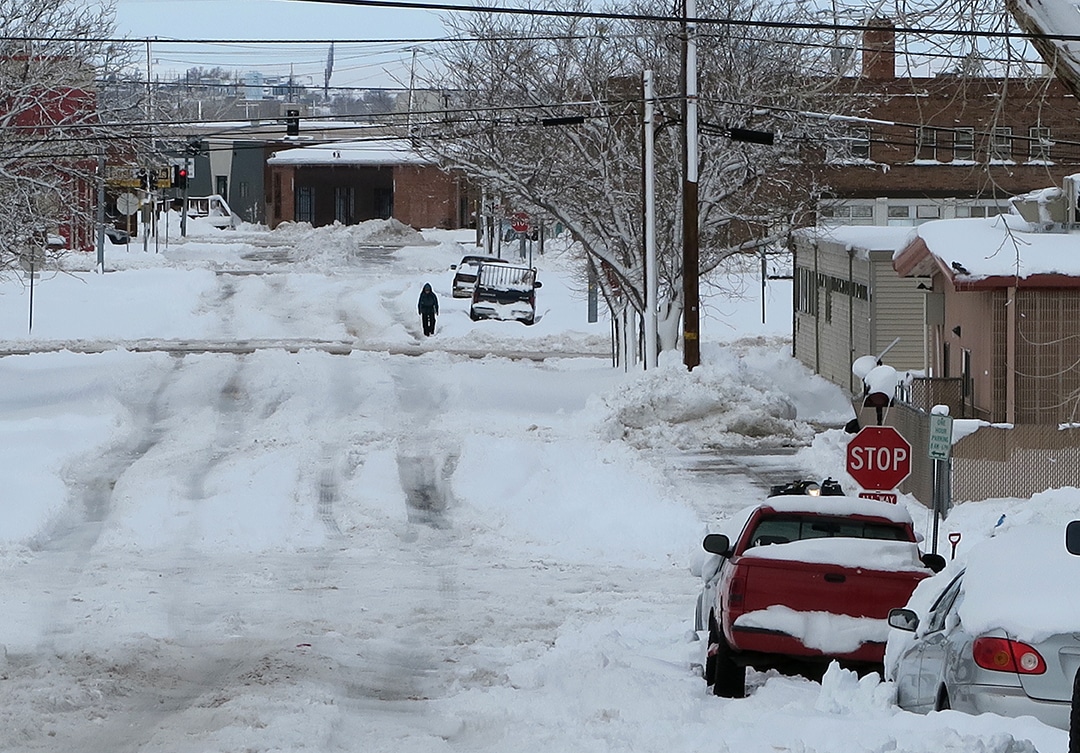 CASPER, Wyo. – A storm that brought historic levels of snowfall to Wyoming, Colorado and Nebraska canceled major interstates and highways over the weekend.

On Monday, it was time to dig out. Schools in Natrona County were closed, as were most government offices and many businesses. The Natrona County School District announced that schools would again be closed on Tuesday.

The National Weather Service in Riverton says preliminary measurements show Casper received the second most snowfall in a single day on record, with 21.3 inches. The total snowfall over two days was 26.3 inches, putting the storm in third place. In both cases, a storm in 1984 holds the first place record.

The NWS says a warming trend is on the way as the week progresses, warning that flooding in lower areas might become an issue from melting snow.