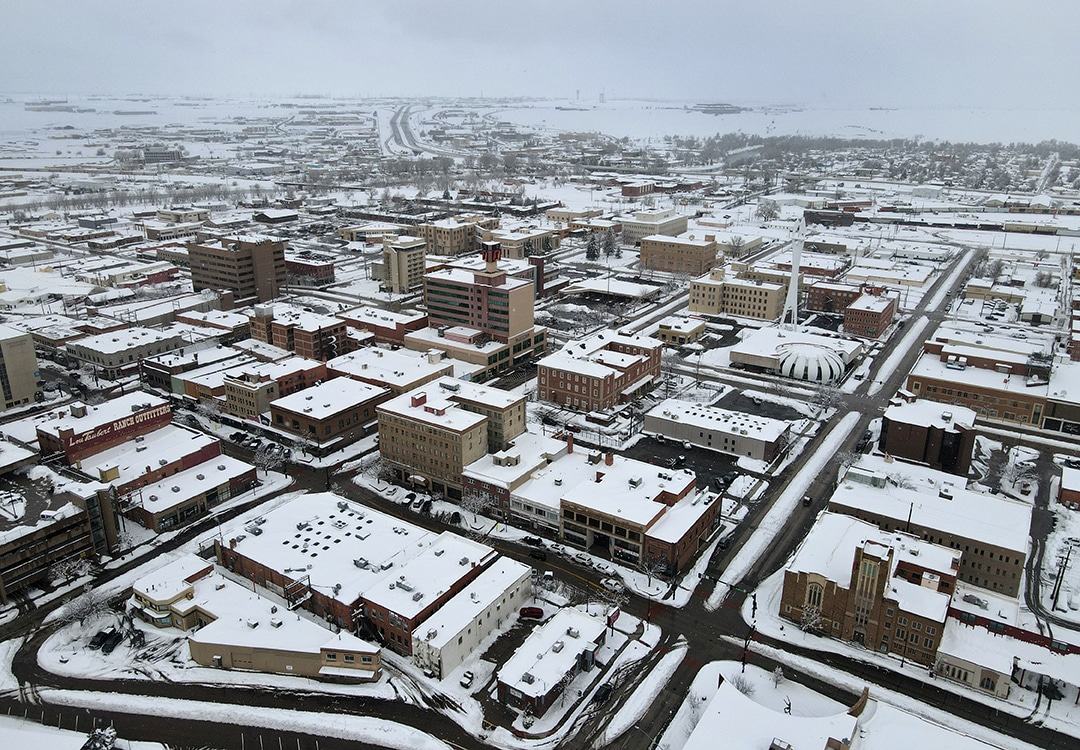 Downtown Casper is seen from the air on Tuesday, March 16, 2021. The city was still digging out after a historic snowstorm moved through Wyoming over the weekend. (Dan Cepeda, Oil City)

CASPER, Wyo – While people on the ground have struggled to dig out after a historic snowstorm over the weekend, the view from the air is much more tranquil.

On Tuesday, schools, government offices and many businesses remained closed after historic amounts of snow fell over the weekend. While crews cleared major streets, many neighborhoods were still covered in impassible amounts of snow.

From above, however, that struggle is set aside as the city is transformed into stark, graphic shapes of nearly black and white elements.

A warming trend is expected as the week progresses, according to the National Weather Service, and soon this winter wonderland will transform back into its more common state.