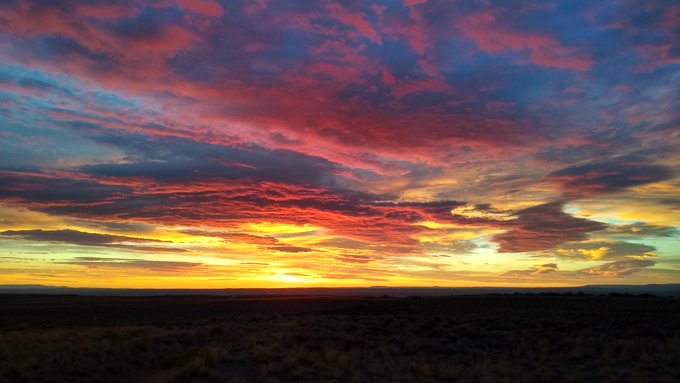 CASPER, Wyo. — “Anyone else see the beautiful sunrise this morning?” the National Weather Service in Riverton said on Twitter on Wednesday, October 6.

The NWS in Riverton shared a photo of the sunrise showing “stacks of lenticular clouds,” which are clouds that form mainly in the troposphere and are lens, saucer or lentil shaped, according to Wikipedia.

“Upper atmosphere moisture streaming in from the south is forming several stacks of lenticular clouds downstream from Wyoming mountain ranges this morning,” the NWS in Riverton said.

As moisture moves into the state, showers and thunderstorms are expected in western Wyoming on Wednesday. Rain and snow showers are possible in areas like Jackson, where there is a 60% chance of precipitation on Wednesday night.

Areas of eastern Wyoming are expected to be mainly dry on Wednesday, but that could change starting Thursday.

“Cooler and wetter weather is expected for several days for much of the area starting Thursday,” the NWS in Riverton said.

On Saturday, there is a 70% chance of showers in both Casper and on Casper Mountain.

While Sunday is expected to be mostly clear, the NWS in Riverton says that the first significant snowstorm could be coming to Wyoming next week. Next Tuesday and Wednesday could mean heavy snow for much of western and central Wyoming, particularly in the mountains, according to the NWS in Riverton: