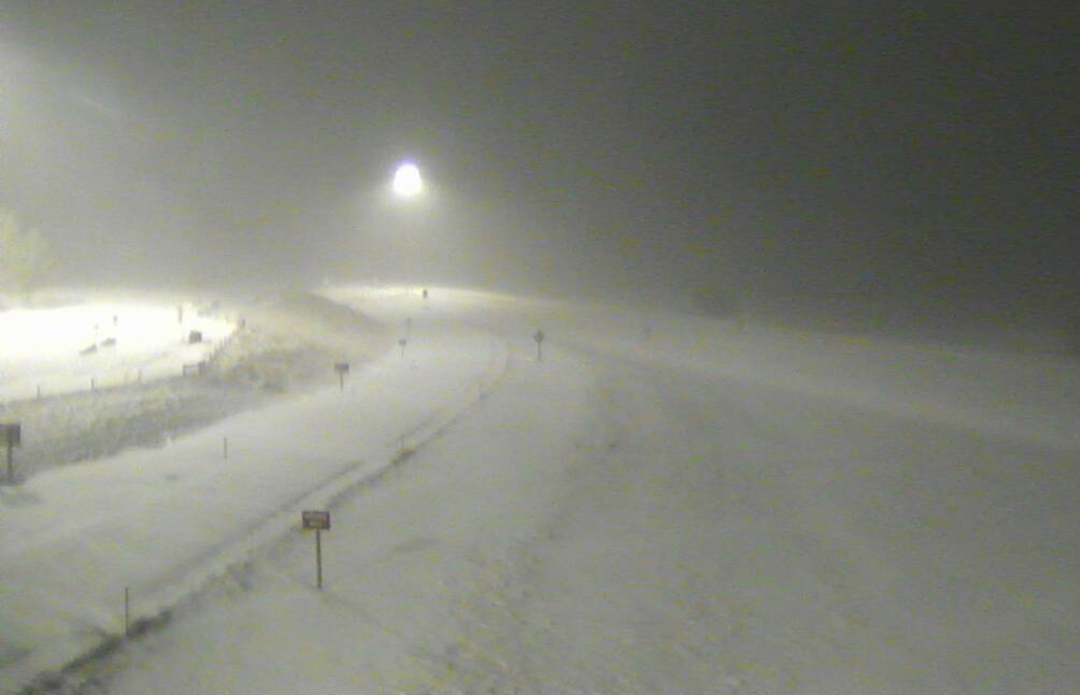 Interstate 25 in Douglas is seen early Wednesday morning in a webcam photo. (WYDOT)

CASPER, Wyo. — Most of Wyoming’s Interstate system was closed or partially closed to travel overnight on Tuesday and early Wednesday, according to WYDOT.

As of 4:30 a.m., Interstate 25 between Cheyenne and Buffalo was closed, with Casper open under no unnecessary local travel.

Interstate 80 was closed due to winter conditions from Cheyenne to Rawlins, and closed westbound from Rawlins and eastbound to Evanston due to crashes.

The Natrona County School District said on Tuesday night that Midwest and other county schools would be closed and would switch to online learning on Wednesday. They said schools within Casper were expected to continue on time but an announcement would be made by 5:30 a.m. if there were any changes.

Early Wednesday morning, the National Weather Service said Converse, Niobrara, Goshen, and Platte Counties in Wyoming have been upgraded to Blizzard Warnings due to whiteout conditions with falling and blowing snow. This includes the towns of Douglas, Glenrock, Lusk, and Glendo. Winds up to 50 mph had been recorded, they said.

Casper is under a winter storm warning through Wednesday morning, with snow tapering off and skies clearing somewhat by late morning, said the NWS. Blustery winds up to 30 mph are expected with a high of 34 degrees. Overnight lows will be very cold, dipping to 22 degrees tonight and 19 degrees overnight Thursday.