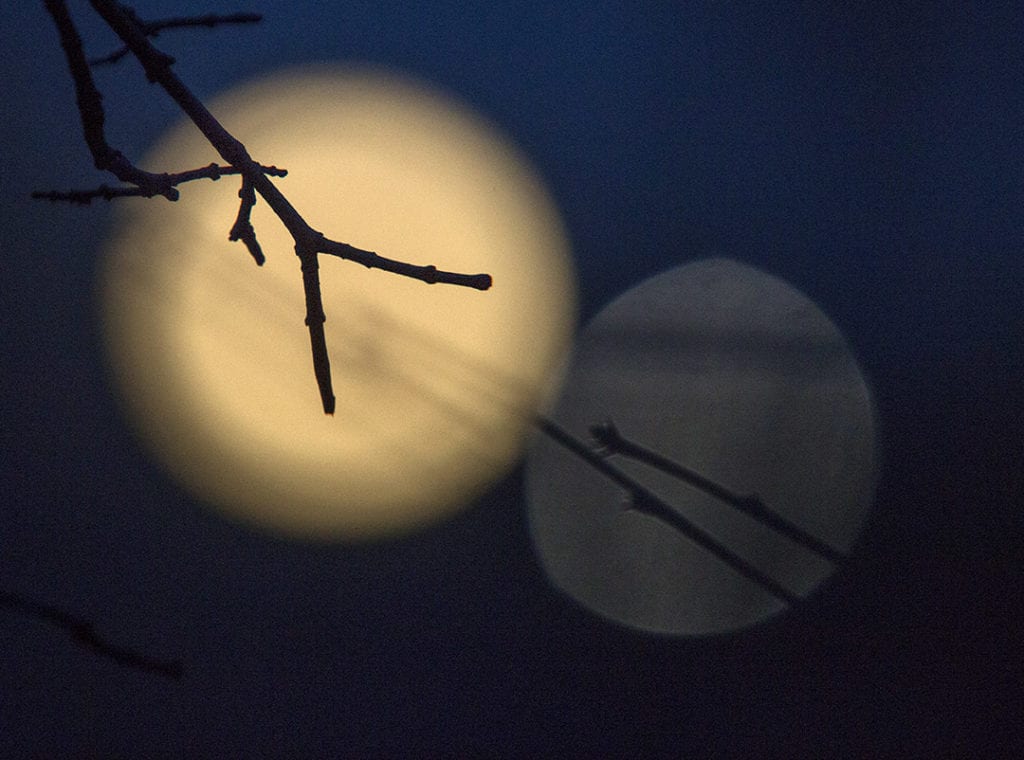 CASPER, Wyo. — Light reflected from a full moon is expected to shine above the skies of Casper on Wednesday, October 20.

With heavy snow possible on Casper Mountain on Tuesday, the so-called Hunter’s Moon could send light bouncing off the surface of what could be up to 14 inches of snow, according to the latest forecast information from the National Weather Service (NWS) in Riverton.

The coming full moon is expected to contend with partly cloudy skies about Casper on Wednesday night, according to the NWS’s forecast.

Other names for the full moon that follows last month’s Harvest Moon include the Blood Moon or the Sanguine Moon, according to NASA. NASA says that the name Hunter’s Moon comes from the light it provides for hunters after the fields have been harvested in the fall. The terms “blood” or “sanguine” are thought to be associated with either blood from hunting or the color of fall leaves.

As the Hunter’s Moon wanes, Casper can expect a waning crescent on Halloween ahead of the next new Moon on November 4.