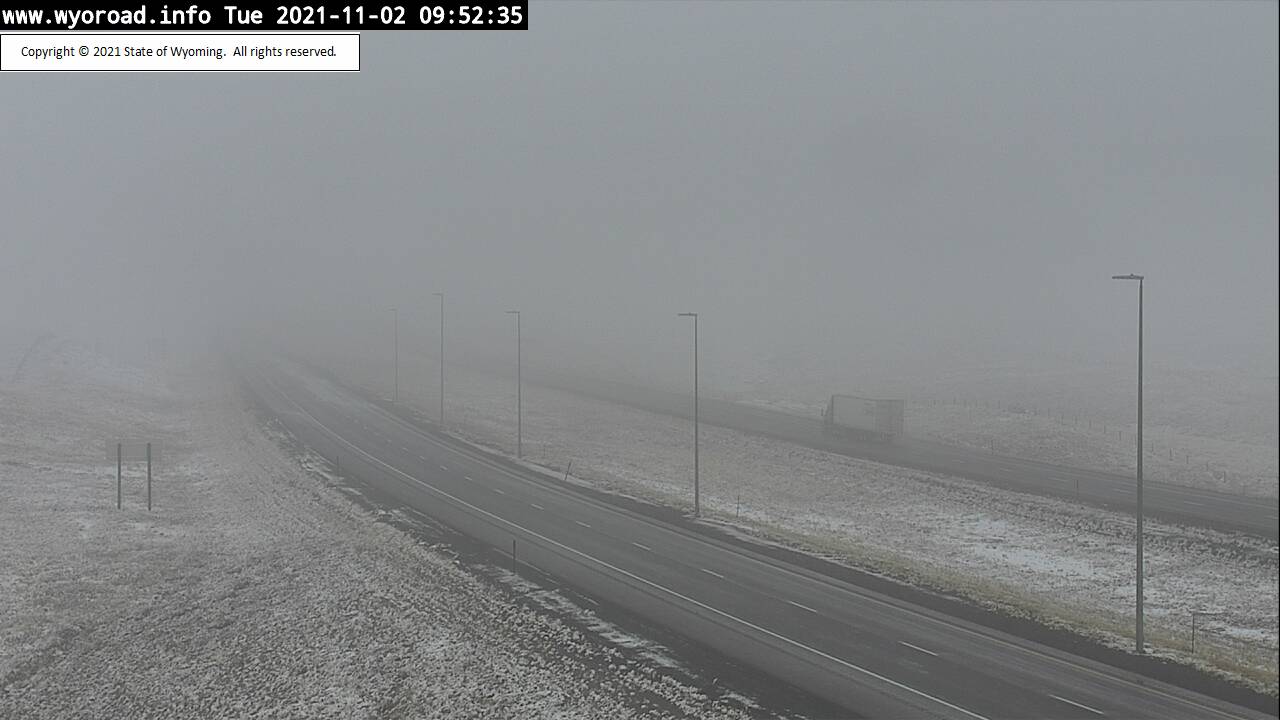 CASPER, Wyo. — Dense fog advisories are in effect in areas of Wyoming until noon Tuesday, according to the National Weather Service in Cheyenne.

Wyoming Department of Transportation webcams show dense fog impacting areas of Interstate 25 and areas of I-80 on Tuesday morning.

Drivers are urged to take it slow as visibility could be limited to one-quarter of a mile at times in areas shaded in the following map, according to the NWS in Cheyenne:

Snow is also in the forecast for parts of the state on Tuesday. The Sierra Madre and Snowy Range mountains could see 6-10 inches of snow by 6 a.m. Wednesday. The heaviest snow is expected during the day Tuesday, according to the NWS in Cheyenne.

“Poor visibility in moderate snow could lead to people becoming disoriented or lost,” the NWS in Cheyenne said. “Plan on slippery road conditions. “Slow down and use caution while traveling. The latest road conditions for the state you are calling from can be obtained by calling 511.”