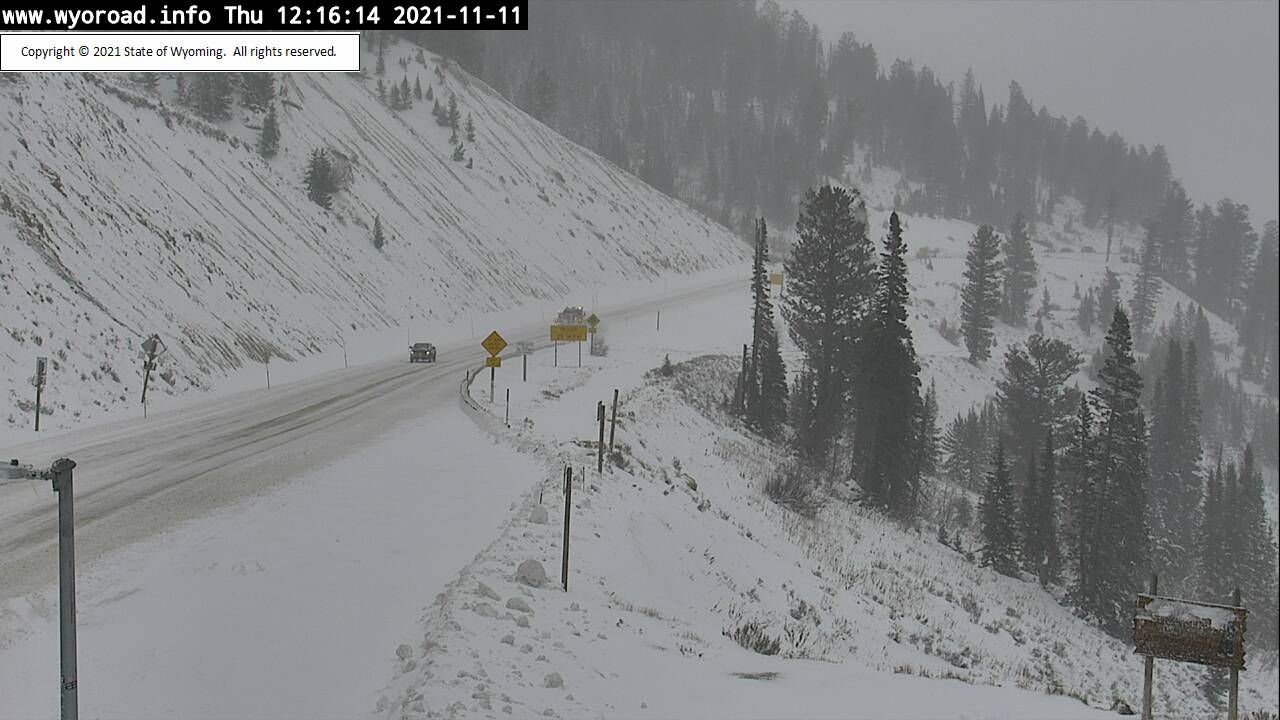 CASPER. Wyo. — Stretches of several Wyoming highways are closed due to winter conditions as of 12:15 p.m. Thursday with some of the Cowboy State receiving some Veterans Day snow.

U.S. Highways 189 and 191 are closed from Daniel Junction to Hoback Junction near Pinedale due to winter conditions, according to the Wyoming Department of Transportation.

Wyoming Highway 22 over Teton Pass is open to most traffic, but weight restrictions and Chain Law – Level 1 are in effect between Wilson and the Idaho state line, according to WYDOT. Trailer traffic is not allowed and a falling rock advisory is also in effect on WYO 22.

Mountain snow is expected to increased throughout the day Thursday in western and central Wyoming, according to the National Weather Service in Riverton.

Other areas of the state that are not seeing snow are seeing strong winds on Thursday. Gusts are reaching near 50 mph on portions of Interstate 80, according to WYDOT data. I-80 is closed to light, high-profile vehicles from Laramie to Elk Mountain and an “extreme blow over risk” advisory is in effect.

U.S. Highway 30 and 287 are also closed to light, high-profile traffic from Laramie to Wolcott Junction, according to WYDOT.