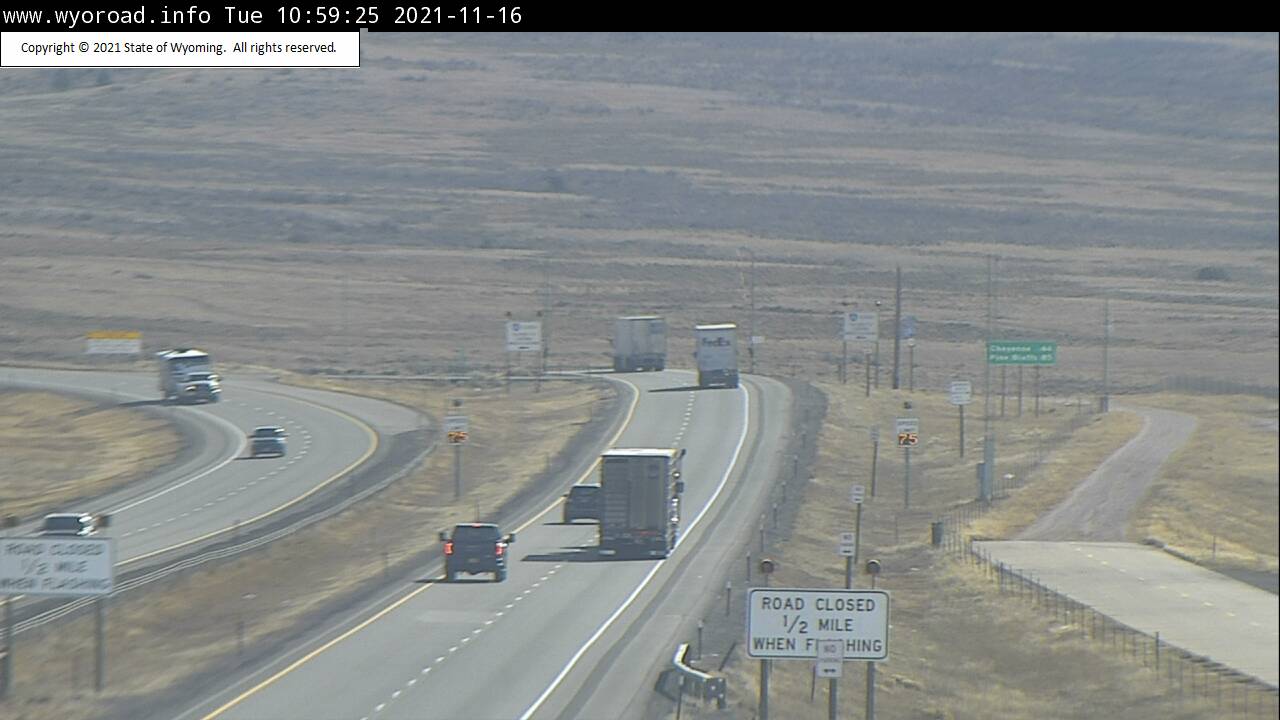 UPDATE: Closures on portions of all major Wyoming interstates  to light, high-profile vehicles have been lifted as of 5:20 p.m. Tuesday

CASPER, Wyo. — Much of Wyoming is dealing with strong winds Tuesday and some areas are seeing hurricane-force winds, or winds over 74 mph.

Interstate 25 from Cheyenne to Douglas was added to the list of closures at 1:34 p.m.

Winds have reached as high as 92 mph (in Story, Wyoming) and multiple areas have seen gusts in excess of 80 mph, according to the National Weather Service (NWS) in Riverton. Damage has been reported in Park, Johnson and Big Horn County.

High wind warnings are in effect across much of the state with strong winds expected to last into the afternoon and into Tuesday night in some areas. Gusts up to 85 mph are possible in the Cody Foothills and in the North Laramie Range until 5 p.m. Tuesday.

Outer Drive in the Casper area could see gusts up to 60 mph until 5 p.m. Tuesday.

Officials are urging drivers to keep both hands on the wheel when driving and to be aware of the possibility of sudden gusts and possible impacts to visibility.

A full list of wind warnings that are in effect across the Cowboy State is available from the National Weather Service.