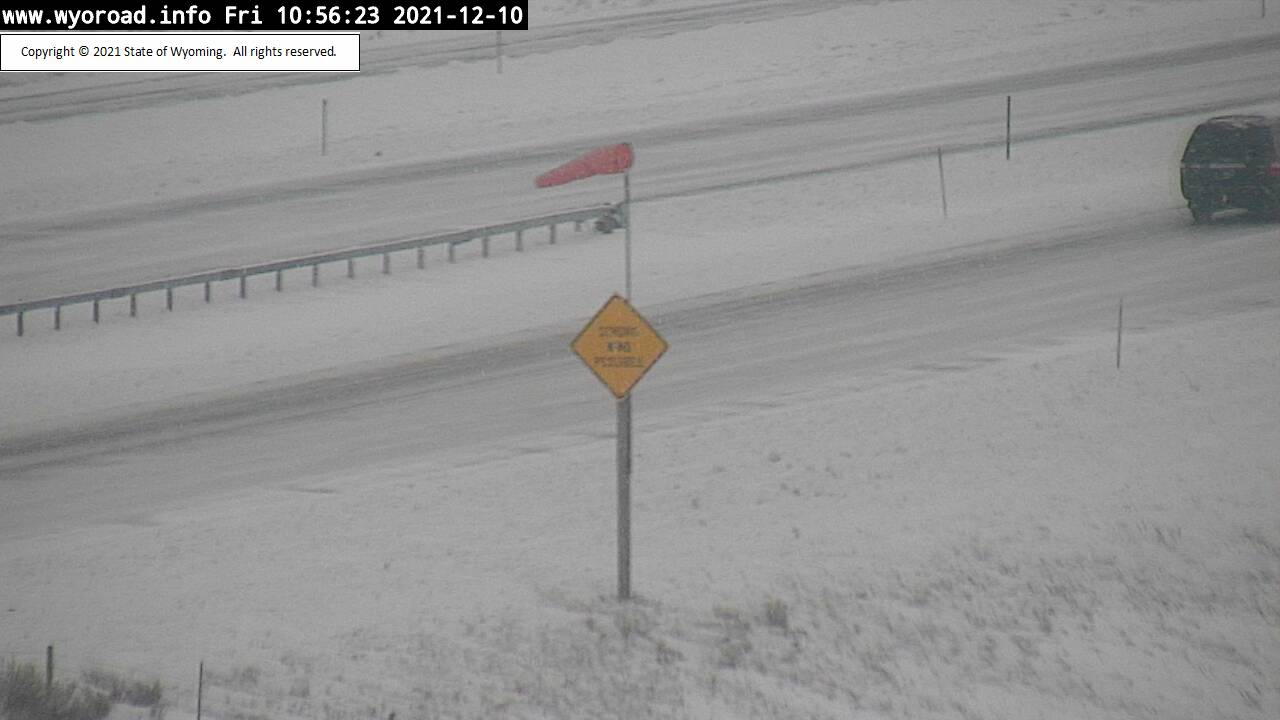 CASPER, Wyo. — A wind gust of 88 mph was recorded in Casper on Sunday, according to final numbers released by the National Weather Service (NWS).

The peak gust was recorded at 11:42 a.m., according to the data collected. A wind station at Hat Six along Interstate 25 recorded a gust of 77 mph just after noon on Sunday.

A horse was mildly injured on Sunday when a metal barn at the Natrona County Fairgrounds was lifted by high winds. There have been no other reports of major damage.

Gusty winds will continue through Tuesday, said the NWS, which has put Natrona County on a high wind warning. Some snow is expected to move in on Tuesday evening and into Wednesday, with gusty winds expected to return.