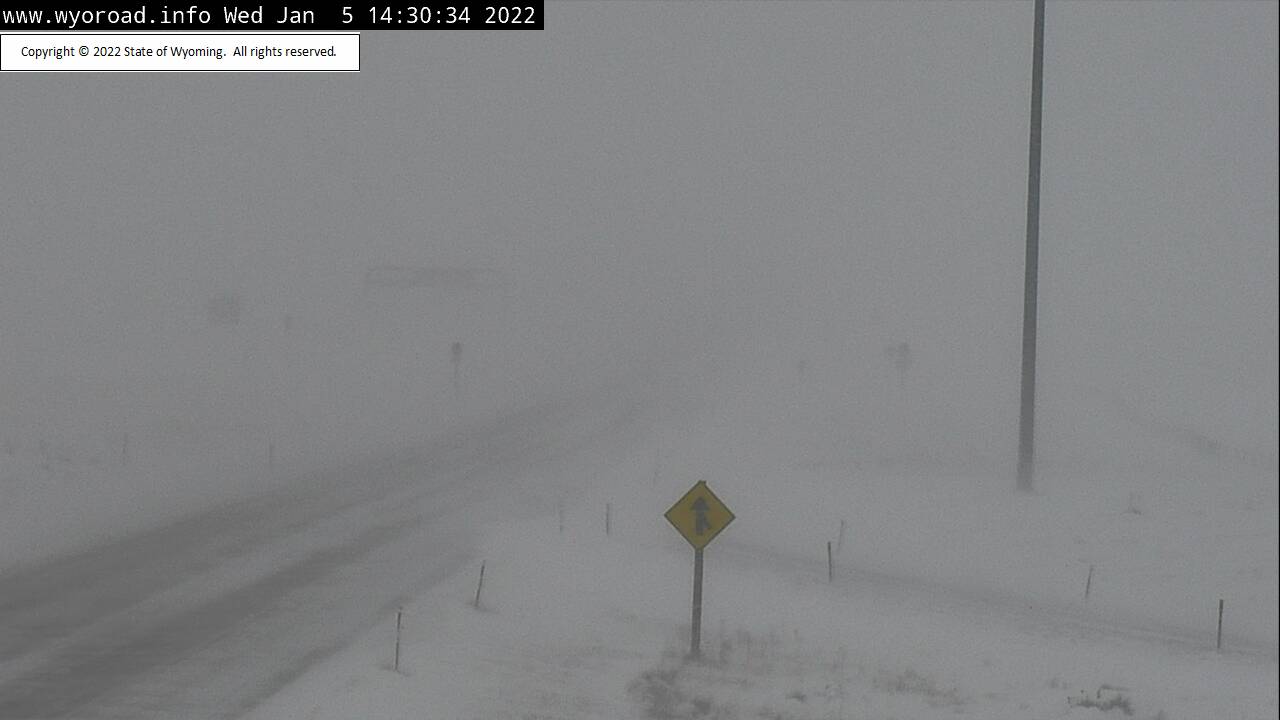 I-25 near Wheatland on Wednesday afternoon. (WYDOT)

CASPER, Wyo. — The National Weather Service (NWS) in Cheyenne said at around 12:40 p.m. that it had received a report that locations about eight miles southwest of Wheatland had received a quick 10 inches of snow during the storm impacting Wyoming on Wednesday.

The rapid snow accumulation came amid reports of heavy snow bands dropping snow at rates of 1-2 inches per hour, according to the NWS in Riverton.

Snow has impacted travel across much of the Cowboy State Wednesday. Interstate 25 remains closed to all traffic from Cheyenne to Glendo as of 2:30 p.m. Wednesday, according to the Wyoming Department of Transportation (WYDOT). WYDOT estimates that the closure may be lifted between 2-4 p.m. Thursday.

I-25 is open north of Glendo but a “no unnecessary travel” advisory remains in effect from Casper to Douglas.

I-80 is closed to all traffic in both directions from Cheyenne to Rawlins. That section is estimated to reopen sometime between 8:30-10:30 p.m Wednesday, according to WYDOT.

I-80 eastbound lanes are closed from Rock Springs to Rawlins. WYDOT estimates these closures could be lifted between 8:30-10:30 p.m. Wednesday night.