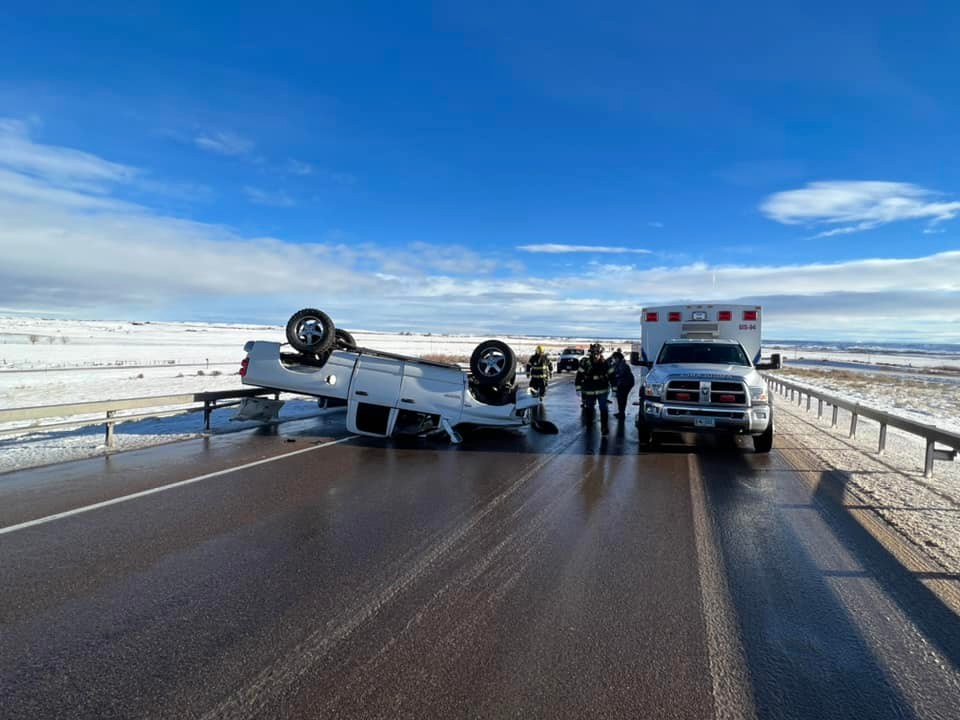 Crews responding to a rollover crash on I-80 on Thursday morning. (Uinta County Fire and Ambulance, Facebook)

CASPER, Wyo. — Uinta County Fire and Ambulance said on Thursday that crews responded to a rollover crash that occurred near milepost 39 along Interstate 80 on Thursday morning.

Uinta County Fire and Ambulance said that no injuries were reported as a result of the rollover. The agency urged drivers to use caution when traveling.

Widespread closures have been impacting travel on I-80 from Wednesday and into Thursday. While some closures were temporarily lifted on Thursday morning, the Wyoming Department of Transportation (WYDOT) reimplemented closures on the eastern half of the state.

As of 2:05 p.m. Thursday, I-80 in Wyoming is facing the following closures, according to WYDOT:

While closures have been lifted on I-25, various highways in the state continue to face closures on Thursday afternoon. Updated road condition information is available from WYDOT.