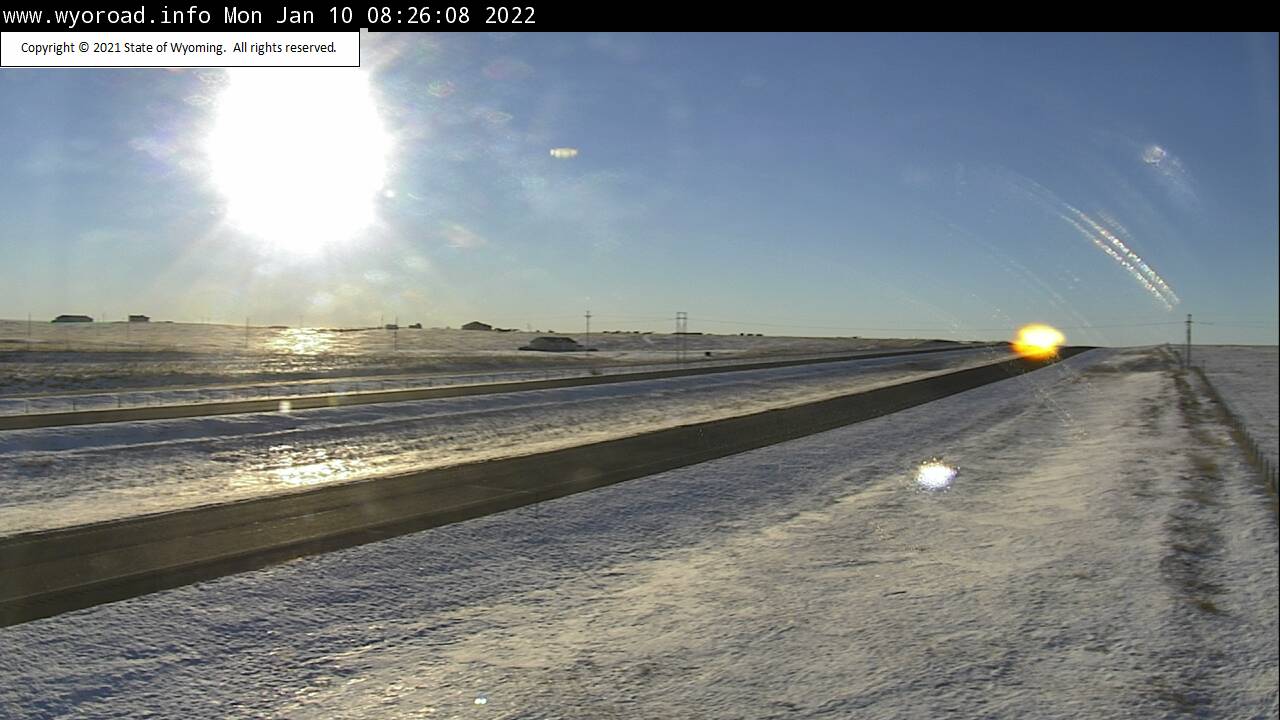 UPDATE: This story has been updated after WYDOT reopened the affected portion of Interstate 25 to all traffic late Monday morning.

CHEYENNE, Wyo. — The Wyoming Department of Transportation (WYDOT) has reopened a portion of Interstate 25 from Cheyenne to Wheatland to light, high-profile vehicles after gusting winds forced a closure for said vehicles Monday morning.

WYDOT reopened the affected portion of I-25 to all traffic at 11:05 a.m. Monday. All of the interstate is open for all traffic across Wyoming, though the stretch between Chugwater and Wheatland remains affected by strong winds.

Portions of the highway were affected by the blustery conditions as certain areas of Platte County are currently under a high wind watch. The entirety of I-25 remains dry, per WYDOT.

Winds at 40 mph with a gust of 51 mph were measured near Wheatland at 8:38 a.m., per WYDOT sensors. The high wind watch in Platte County is in effect from 8 p.m. Monday to noon Tuesday.

Weather remains mostly clear Monday for much of southeastern Wyoming.