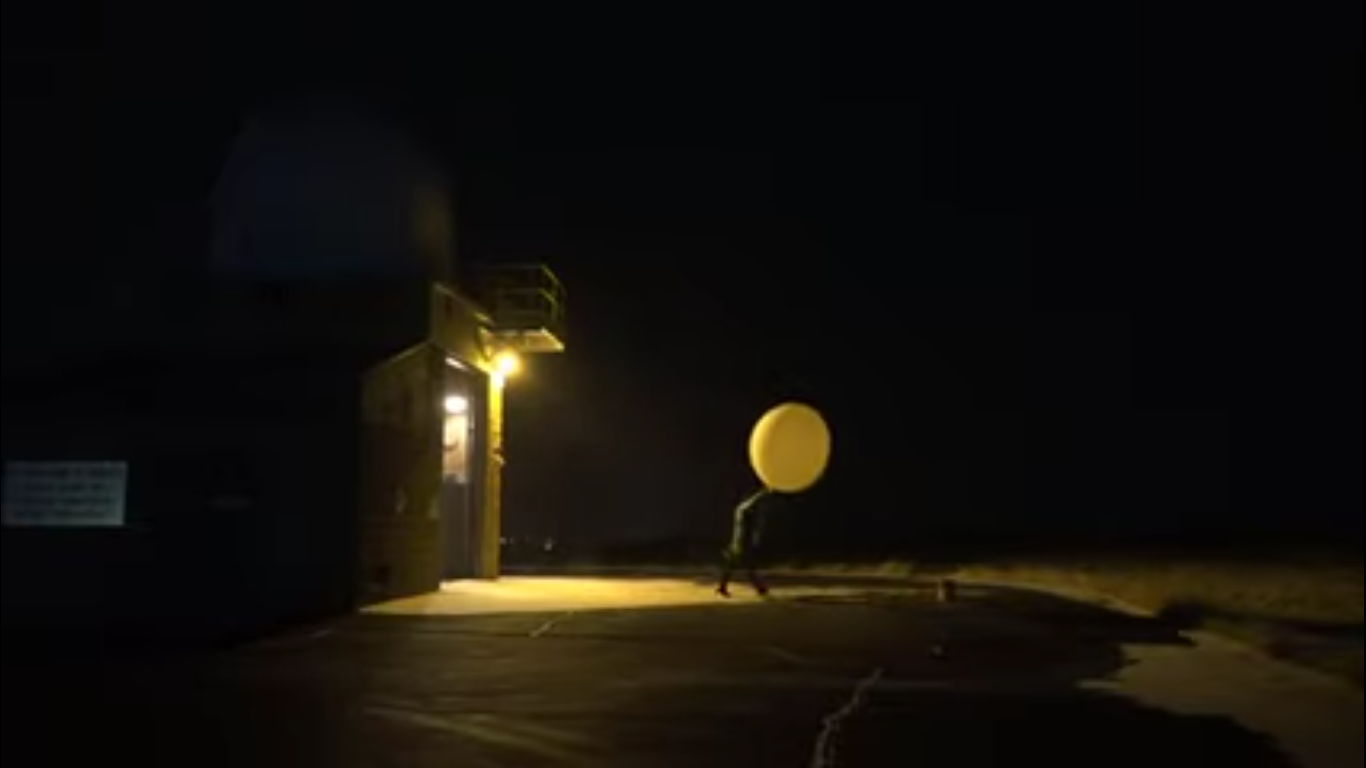 “There was snow and winds gusting to over 30 mph at the time of the launch,” the NWS in Riverton said via Twitter.

NWS offices launch weather balloons twice a day every day of the year from about 900 locations across the country and in United States territories.

“The balloon flights last for around 2 hours, can drift as far as 125 miles away, and rise up to over 100,000 ft. (about 20 miles) in the atmosphere,” the NWS states. “Weather balloons, which are made of latex or synthetic rubber (neoprene), are filled with either hydrogen or helium. The sides are about 0.051 mm thick before release and will be only 0.0025 mm thick at typical bursting altitudes”

“The balloons, which start out measuring about 6 ft. wide before release, expand as they rise to about 20 ft. in diameter. An instrument called a radiosonde is attached to the balloon to measure pressure, temperature and relative humidity as it ascends up into the atmosphere. These instruments will often endure temperatures as cold as -139°F (-95°C), relative humidities from 0% to 100%, air pressures only a few thousandths of what is found on the Earth’s surface, ice, rain, thunderstorms, and wind speeds of almost 200 mph. A transmitter on the radiosonde sends the data back to tracking equipment on the ground every one to two seconds. By tracking the position of the radiosonde, we can also calculate wind speed and wind direction. The radiosonde is powered by a small battery.”

Parachutes attached to the weather balloons allow the radiosondes to fall slowly to the ground after the balloons burst. The radiosondes contain mailing bags that contain instructions for what to do with them if people find one, according to the NWS.

“About 20% of the 75,000 radiosondes sent up each year in the US are found and returned,” the NWS said. “These instruments are fixed and reused, saving the government money. Weather balloons are the primary source of data above the ground. They provide valuable input for computer forecast models, local data for meteorologists to make forecasts and predict storms, and data for research.”

“Computer forecast models which use weather balloon data are used by all forecasters worldwide, from National Weather Service meteorologists to your local TV weatherman. Without this information, accurate forecasts beyond a few hours would be almost impossible.”