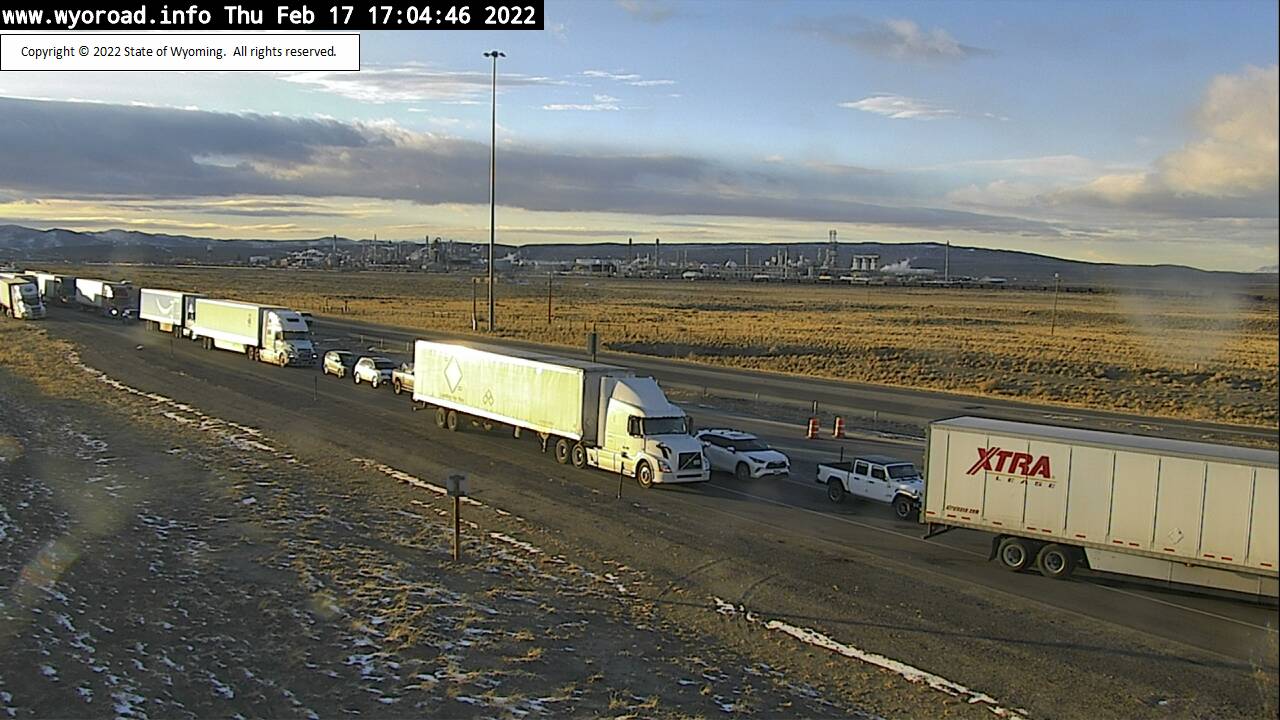 I-80 Sinclair on Thursday evening. (WYDOT)

CASPER, Wyo. — Closures along I-80 continue in Wyoming and may remain in effect until Friday morning, according to estimated re-opening times provided by the Wyoming Department of Transportation (WYDOT).

I-80 remains closed in both directions from Cheyenne to Laramie as of 5:10 p.m. Thursday after multiple crashes were reported in the morning. Eastbound travel is also closed from Rock Springs to Laramie due to “rolling closures” that WYDOT implements to help avoid overwhelming communities along the I-80 corridor and stranding travelers in locations without adequate services for large volumes of people.

The estimated reopening time for the above closed sections of I-80 is sometime between 7 a.m. and 9 a.m. Friday. (WYDOT said at 3 p.m. Thursday that it estimated the closures would be lifted in 16-18 hours.)

Westbound travel is open to most traffic west of Laramie. However, wind closures are in effect due to gusting winds between Laramie and Walcott Junction near Elk Mountain. That stretch of I-80 is closed to light, high-profile vehicles, according to WYDOT.

Other highways in the state are also seeing closures. Real-time road condition information is available from WYDOT.