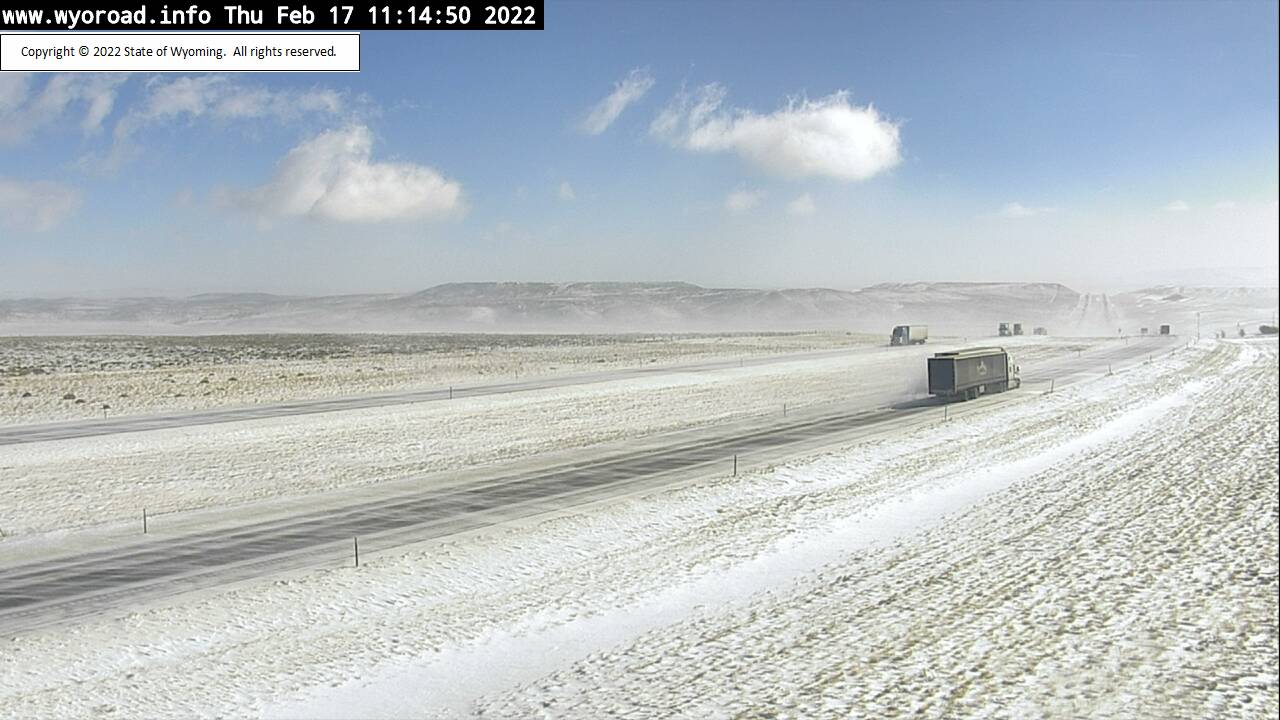 CASPER, Wyo. — In the wake of recent snowstorms, southeast Wyoming is expected to see strong winds on Thursday and wind closures have started to take effect on sections of Interstate 80.

I-80 is seeing slick conditions and dangerous winds and is closed to light, high-profile vehicles from Laramie to Elk Mountain as of 11:20 a.m., according to the Wyoming Department of Transportation (WYDOT). I-80 also remains closed to all westbound traffic from Cheyenne to Laramie after WYDOT reported multiple crashes causing a “major backup” of traffic earlier on Thursday.

Wind gusts in excess of 50 mph have been recorded by WYDOT sensors on I-80 in the Arlington area on Thursday morning, but the strongest gusts are expected to begin during the afternoon.

With the strong winds expected to lead to blowing snow from the recent storm, visibility is expected to be reduced to half a mile at times.

Strong winds are expected to begin a little later in the central Laramie Range and southwest Platte County, with a high wind warning set to be in effect from 5 p.m. Thursday through 5 a.m. Friday. Winds are also expected to gust as high as 70 mph in these areas, according to the NWS in Cheyenne.

The south Laramie Range and foothills are expected to see strong winds begin around 8 p.m. Thursday with up to 65 mph gusts possible until 5 a.m. Friday.

“Strong crosswinds will be hazardous to lightweight and high-profile vehicles, including campers and tractor trailers, with a risk for blowovers,” the NWS in Cheyenne states. “People should avoid being outside in forested areas and around trees and branches. If possible, remain in the lower levels of your home during the windstorm and avoid windows. Use caution if you must drive.”