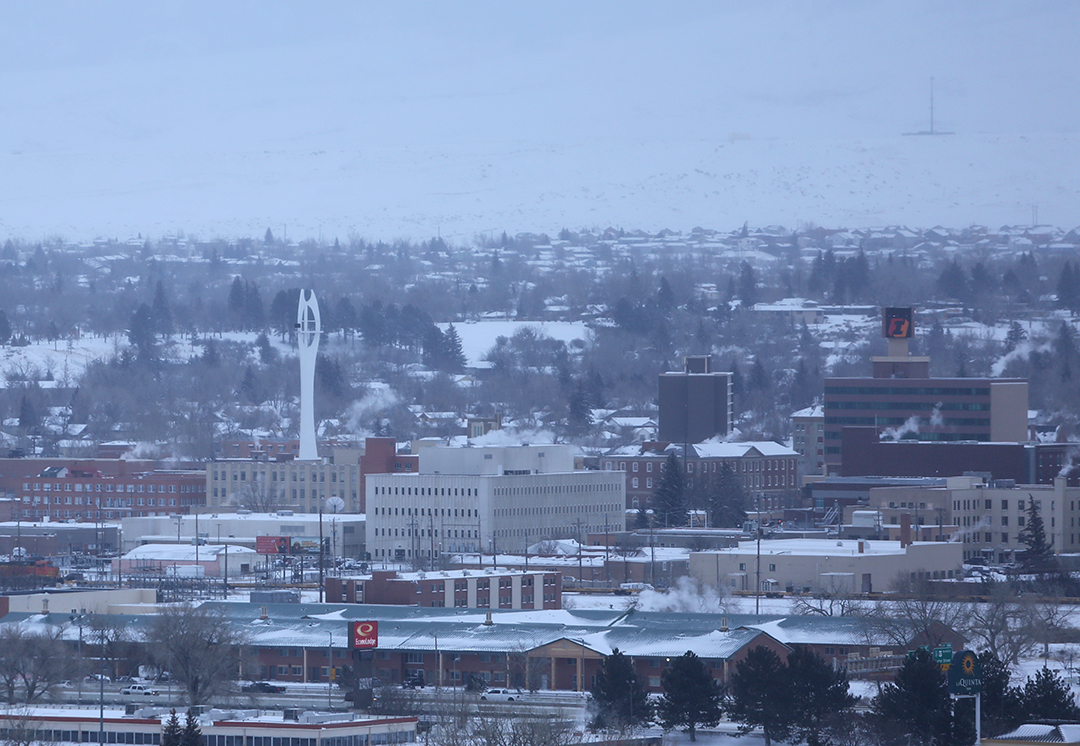 After a low around 34 degrees on Saturday night, Casper is expected to see the low drop to around 10 degrees on Sunday night before subzero overnight lows arrive to begin the new week.

Casper can expect a high near 12 degrees on Presidents Day followed by a low around -10 degrees Monday night, according to the NWS in Riverton. Tuesday is expected to be even colder, with a high near zero degrees during the day and a low around -19 degrees overnight.

Thursday is expected to see a high between 11 and 17 degrees on the mountain with -21 to -31 degree windchills possible in the morning.

Further forecast information for Casper and for Casper Mountain is available from the NWS in Riverton.

The City of Casper has issued a “winter driving alert” for Monday through Wednesday due to the forecast of cold and snow.

“Low temperatures combined with snow can create hazardous conditions on our streets,” Streets Manager Shad Rodgers said in a Friday press release from the city. “We use an ice melt that does not work as quickly in subzero and single-digit temperatures, and while it creates traction, it will not melt ice and snow down to the bare roadway.”

The city only spreads ice melt on intersections and hills during single-digit and subzero conditions in order to be fiscally responsible due to the product being less effective at these temperatures, according to Rodgers.

Drivers are asked to use caution, slow down and avoid routes that include steep hills when possible, especially the hill on 15th Street at the intersection with McKinley Street.

“15th at McKinley is a short, steep hill, and whether traveling down or up the hill, motorists can get into trouble quickly in slick conditions,” Rodgers said. “The intersection is one of Casper’s most accident-prone during winter storms.”

The city provides more information on its snowplowing operations and snow routes online.