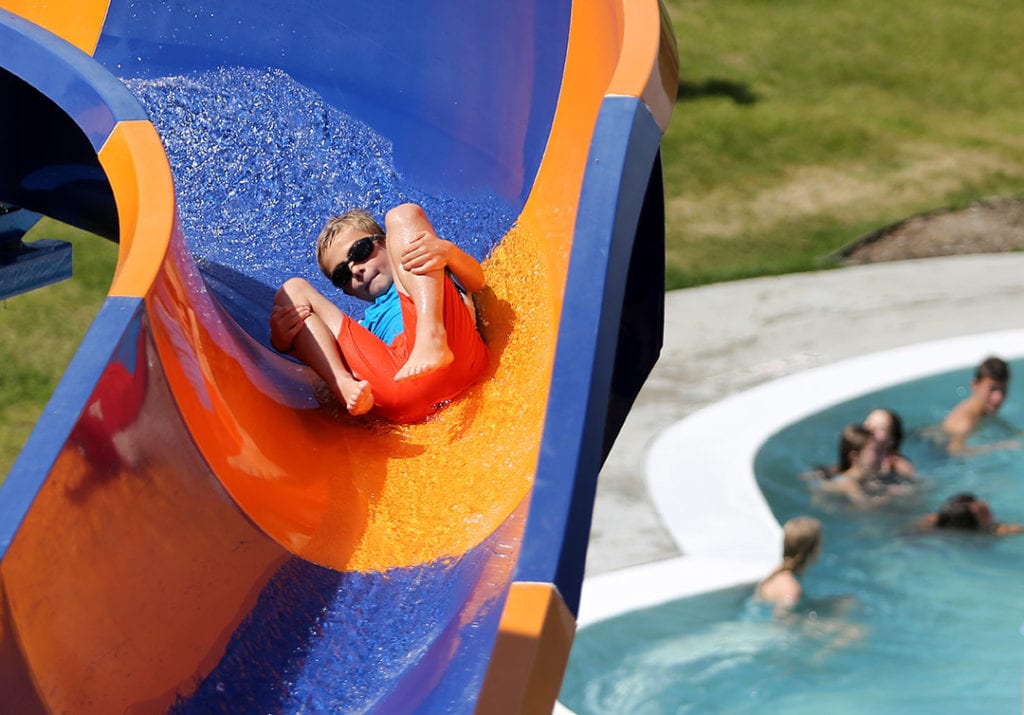 A swimmer makes his way down the slide at Mike Sedar Pool in Casper. (Dan Cepeda, Oil City)

CASPER, Wyo. — The Casper area is expected to reach 85 degrees on Monday before two days of 90-degree heat, according to the National Weather Service in Riverton.

There is a chance for virga thunderstorms — storms where precipitation evaporates before it hits the ground — on Tuesday afternoon in western Wyoming, the NWS in Riverton forecasts.

Casper’s high is expected to reach 90 degrees on Tuesday before rising to a high near 91 degrees on Wednesday. There is a 20% chance of showers in Casper on Wednesday afternoon, with thunderstorms possible across western and central Wyoming, according to the NWS in Riverton.

The high on Saturday is expected to reach near 88 degrees with a chance of showers and thunderstorms in Casper and across the NWS in Riverton’s forecast region.

Sunday is expected to see a high near 91 degrees with a slight chance of showers and thunderstorms in Casper.