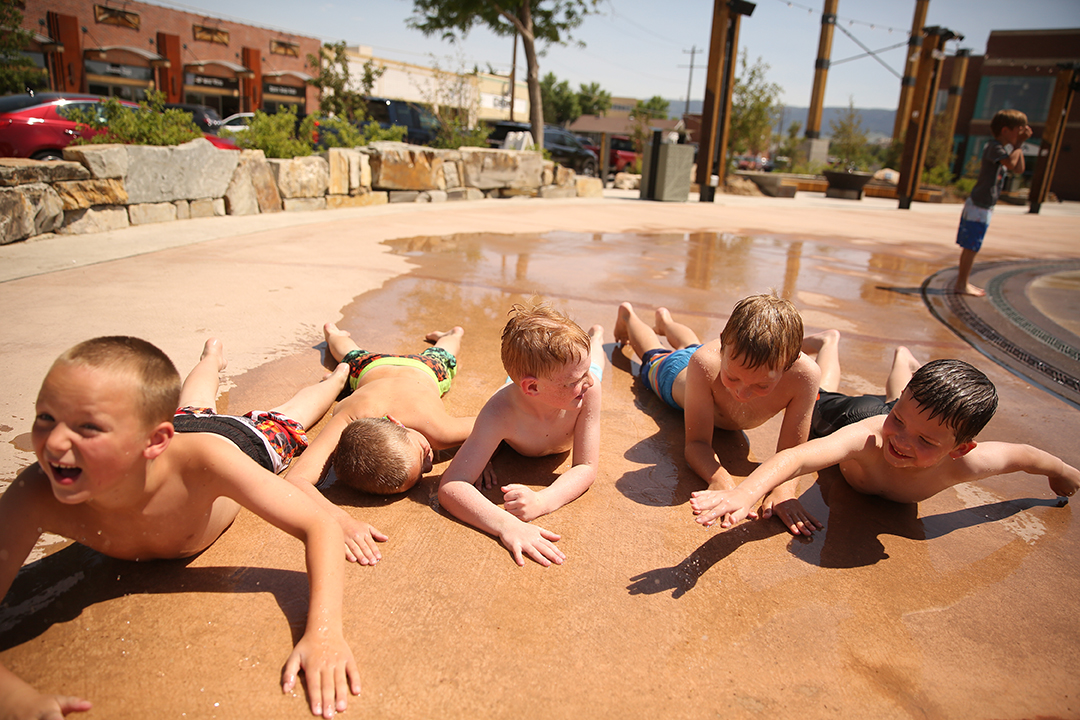 A group of children lay down on fresh water at the David Street Station splash pad as temperatures soared past 100 degrees on Tuesday, June 15, 2021 in Casper. (Dan Cepeda, Oil City)

CASPER, Wyo. — Wednesday was a hot one for much of Wyoming as high pressure dominated the weather pattern over the Rocky Mountain region, the National Weather Service in Riverton said.

It was so hot that Casper was among the state’s cities to set a new record high — 101 degrees. That beat the previous record of 99 degrees set in 1969, according to NWS in Riverton records.

Sunset has ushered in a welcome break from the heat as the expected overnight low is 66 degrees. Skies are to remain mostly clear with an east-southeast wind of 6–15 mph and gusts up to 21 mph.

The heat will return Thursday under mostly sunny skies as the forecast high is 96 degrees.

More on the weather forecast is available on the NWS in Riverton’s website.