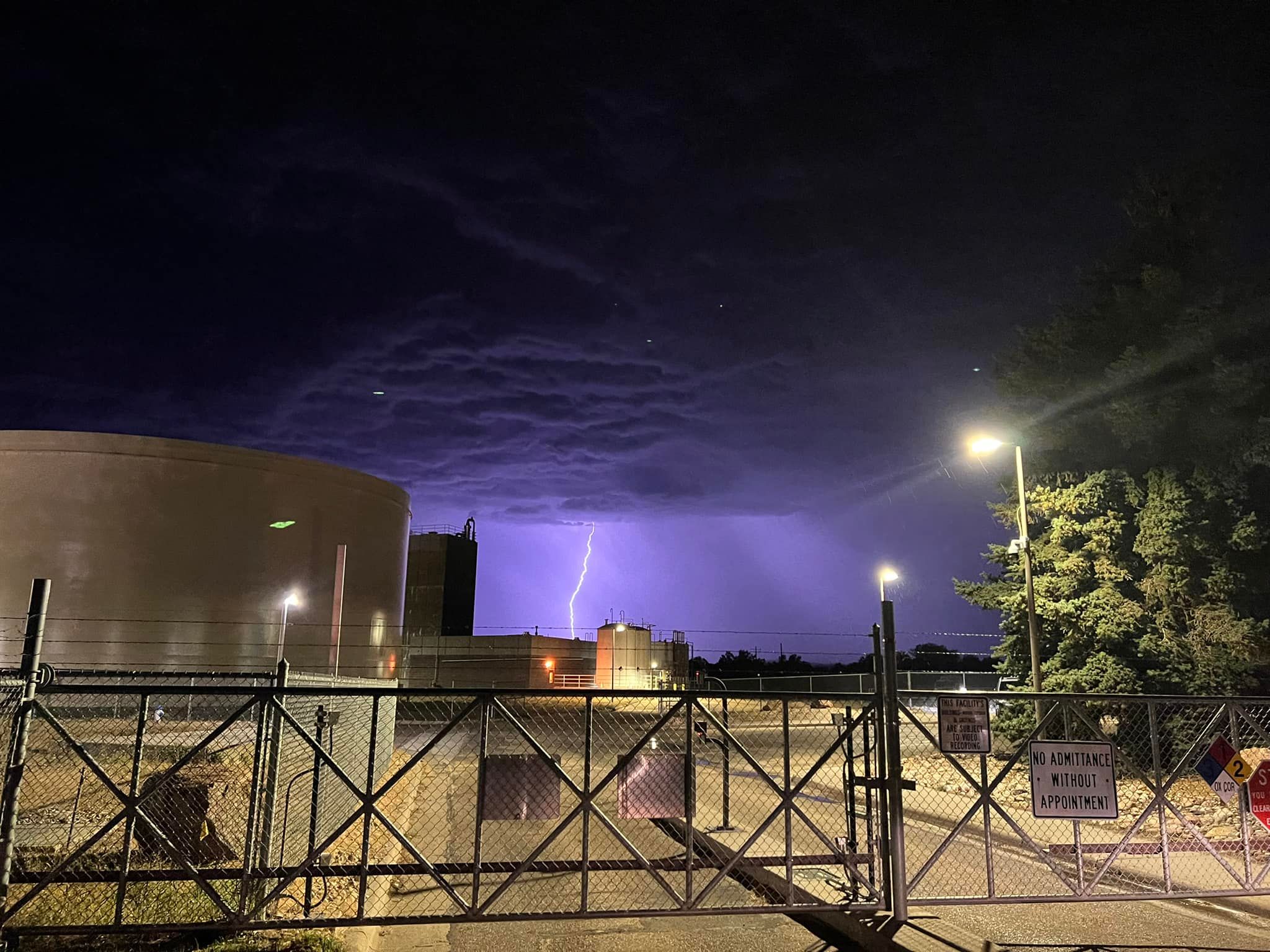 A lightning bolt from storms in Casper on Aug. 11. (File, Oil City)

CASPER, Wyo. — The Casper area can expect somewhat cooler temperatures this week after topping 100 degrees last Wednesday, according to the forecast from the National Weather Service in Riverton.

Highs are expected to be in the 80s all week, starting with a high near 84 degrees in Casper on Monday, the NWS in Riverton forecasts. Monday night could be windy, with gusts up to 28 mph possible.

Monsoonal moisture could return to the western part of the state Friday through Sunday with numerous thunderstorms possible in the afternoons and evenings, according to the NWS in Riverton.

Casper’s high is expected to reach near 85 degrees on Friday and Saturday. There is a chance of showers and thunderstorms in Casper on Saturday, the NWS in Riverton forecasts.

Sunday’s high is forecast near 86 degrees with a chance for showers and thunderstorms.