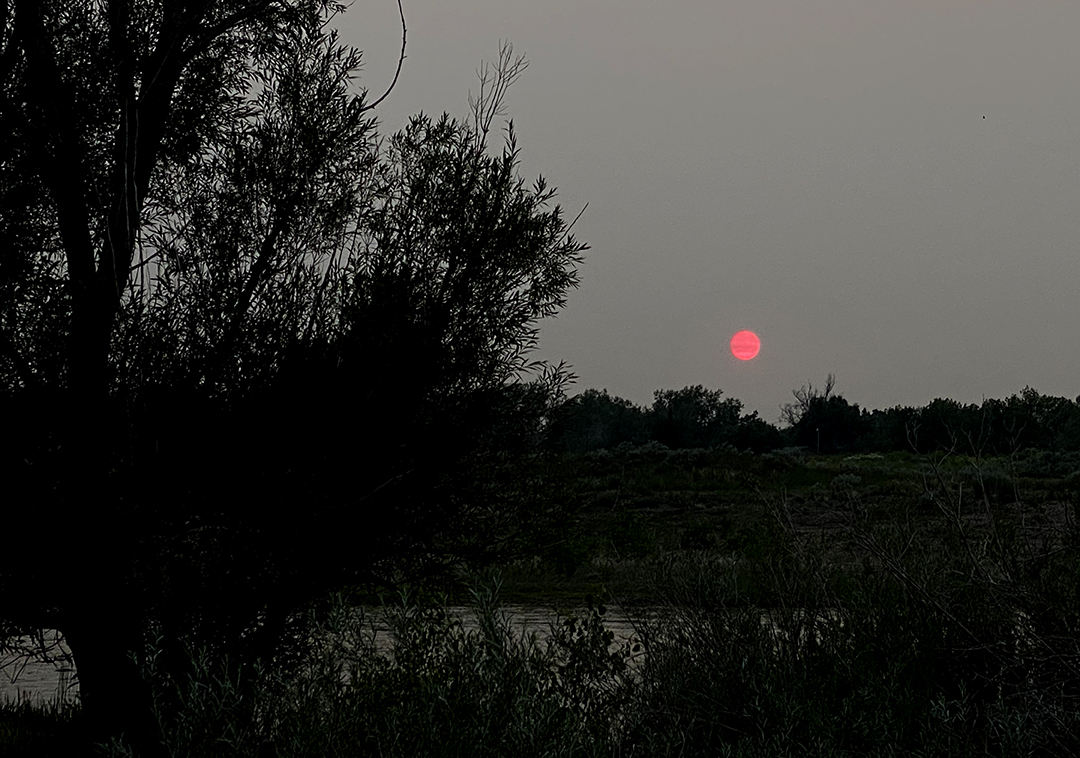 The sun glows orange from western wildfires as it sets along the horizon at Morad Park in Casper on July 23, 2021. (Dan Cepeda, Oil City News File)

CASPER, Wyo. — A historic heat wave across Wyoming and much of the west might finally be coming to an end, but not until more potentially record-breaking highs and fire danger on Wednesday.

According to the National Weather Service in Riverton, Casper’s high is expected to reach 96 degrees today, with continued dry conditions expected through tomorrow afternoon.

Breezy conditions and thunderstorms are likely on Thursday, with a high around 88 degrees. Fire danger through tomorrow is critical, according to the NWS, which issued a Red Flag Warning for much of the state. An air quality alert is also in effect as wildfires in neighboring states continue to burn.

Other areas of the state are expecting very hot temperatures today, including Sheridan with a predicted high of 105 degrees, Greybull looking at 101 degrees, and Riverton with 98 degrees.

Rain is possible in Casper by Thursday evening, with lows dipping to 52 degrees. Friday will be cloudy with a high around 63 degrees. A high around 66 degrees with occasional showers is expected on Saturday.