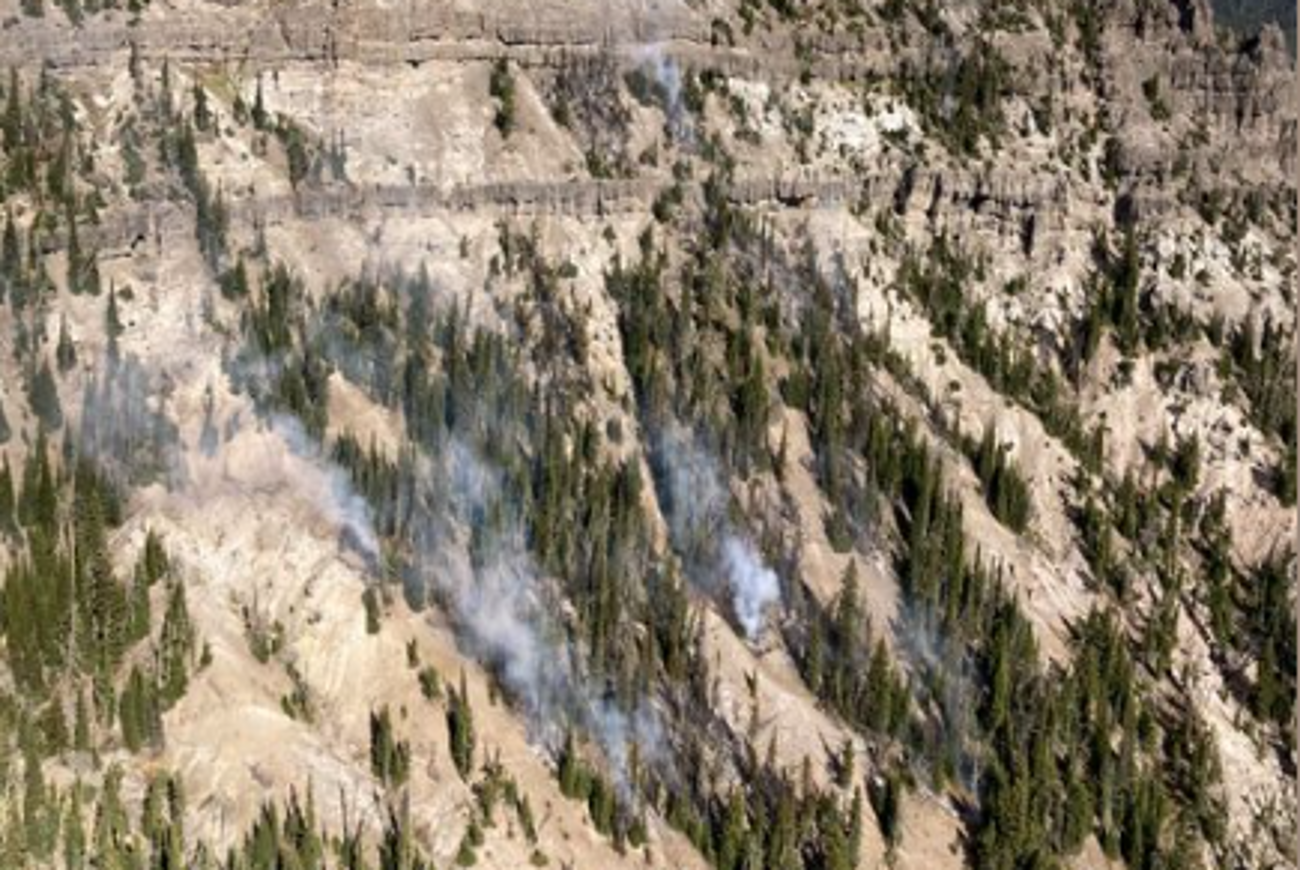 A wildfire was discovered in a remote area in northwest Yellowstone on Thursday. (National Park Service)

CASPER, Wyo. — After reports of possible smoke in northwestern Yellowstone National Park on Tuesday afternoon, the park’s helicopter crew flew over the area and confirmed a new fire on Tuesday evening, according to Yellowstone Public Affairs.

The fire is suspected to have been started by lightning a few days before it was discovered. The so-called Big Horn Fire was estimated at around five acres as of Tuesday evening.

“Fire crews will monitor the wildfire from Tom Miner Basin and the air since the potential for it to leave the park is very low,” Yellowstone Public Affairs said. “Forecasted snow and rain will likely significantly slow its growth over the next 10 days. A weather pattern such as the one expected could also be a fire season–ending event.”

The backcountry campsite WE4 will be closed for the remainder of the season because of the wildfire, Yellowstone Public Affairs added.