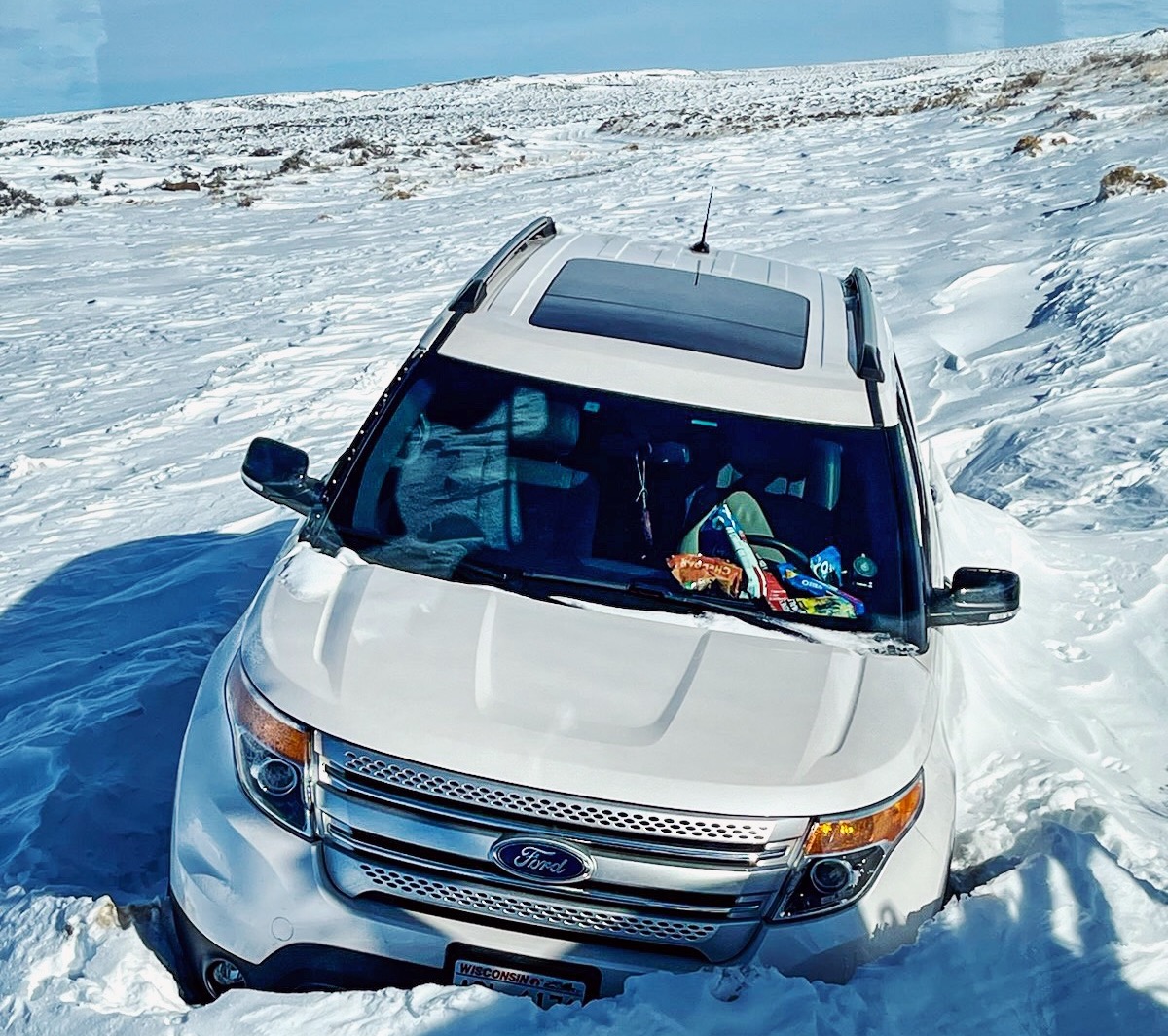 ROCK SPRINGS, Wyo. — Amidst an “onslaught” of calls for crashes and stranded motorists during a road-closing winter storm last December, the Sweetwater County Sheriff’s Office noticed a theme: Travelers were being led to no-man’s-land by GPS.

Over a dozen vehicles ended up stranded on Bar X Road in blizzard-like conditions on Dec. 13, SCSO Deputy Jason Mower told Oil City News. Some had been unable to call for help and were only found while rescuers were on the way to someone else.

Most of the motorists were new to the area or from out of town; all had been directed onto the seasonally unmaintained county road by GPS navigation systems that suggested it as an alternate route after Interstate 80 was closed due to winter conditions.

In the late afternoon, search-and-rescue deputies in Haaglund snowcats ventured onto County Road 21 in near-whiteout conditions. They were responding to a call from a Wisconsin couple with a toddler that had gotten stranded about 40 miles up the road, the release said.

Any remnants of the gravel road had disappeared into snow. Six miles in, they encountered a stranded Mercedes SUV. The drivers had called for a tow truck, which had ended up stranded elsewhere and needed towing itself.

A few miles later, they picked up a man stranded in a Volvo who had been unable to call for help. The driver joined search-and-rescue deputies, the other motorists, and their luggage in the snowcats. The convoy finally came upon the Wisconsin family around 6 p.m., the family’s vehicle entrenched in a ditch and the doors half-buried in drifted snow, the release said.

The Wisconsin family and their luggage joined the other motorists in the snowcats, pausing briefly to recover the heirloom Bible that had accompanied them while awaiting rescue.

“The kiddo was a big fan,” Search and Rescue Operator Lt. Mandi Hawkins said in the release. “We just talked about where they were from, why they were in Wyoming and how they ended up on that road.”

It would take one more expedition and the next shift to recover everyone. Even a county roads employee spent most of the day “without fanfare” digging out other motorists, the release said.

Similar incidents have been reported by other counties, prompting recent discussions between the Wyoming Department of Transportation and the companies that own the various brands of navigation software. An agreement is expected soon, Deputy Mower said, though it will still be incumbent on county officials to identify problem areas and report them to the state.

To manage this particular crisis, SCSO turned to WYDOT, which sent this alert to 511 mobile users and to roadway signage: “Avoid alternate routes, county roads hazardous.”

Mower added that the deputies were already stretched thin that day due to crashes, postings at closed interstate exits, a SWAT team assist requested by Uinta County, and the usual business.