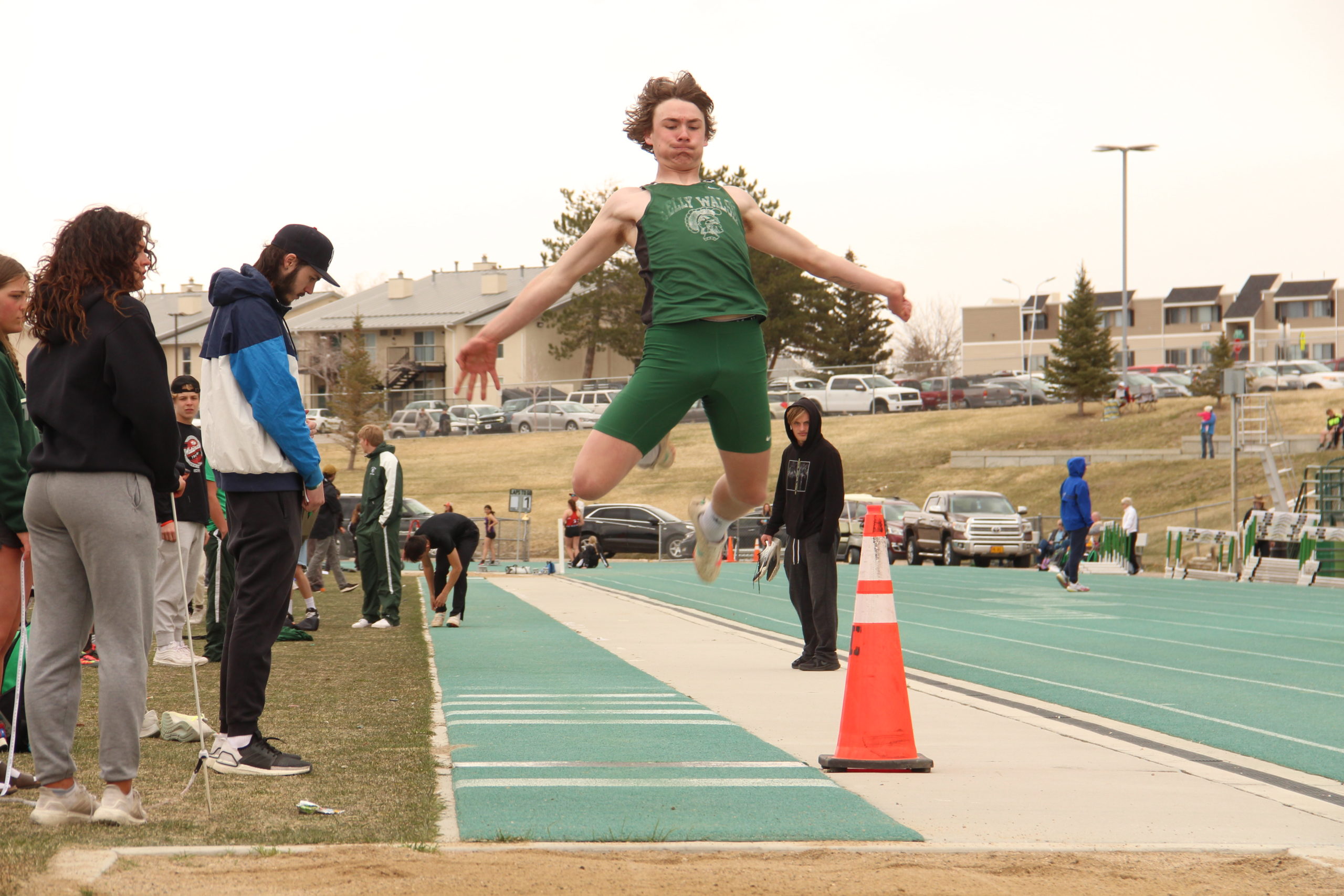 CASPER, Wyo. — Kelly Walsh High School hosted the Trojan Invitational this Saturday at the Harry Geldien Stadium. Most of the meet was in the upper 50s and overcast, with rain finally coming down toward its end.

KW boys distance coach Jim Sanchez said the event was an opportunity to put some of his runners who normally do the 1600m and 3200m into the 4-by-800 relay to shake up their training.

Sanchez also said there was a chance that Tuesday’s dual between Kelly Walsh and Natrona County would be canceled due to expected bad weather.