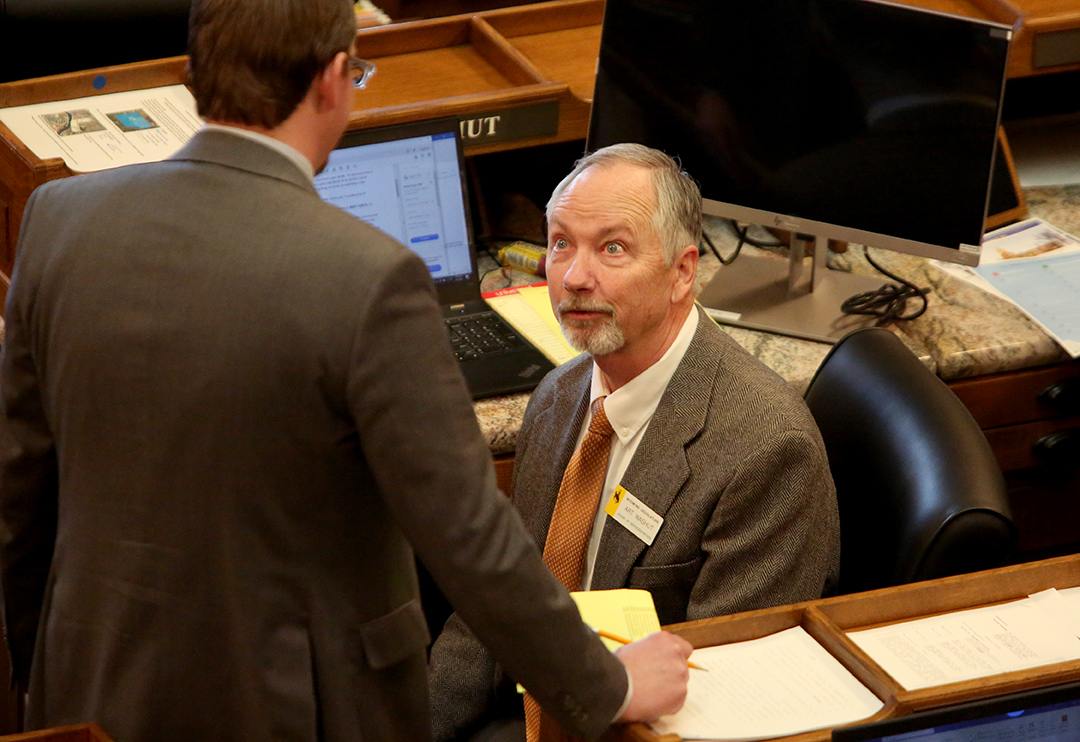 CASPER, Wyo. — Rep. Art Washut announced Thursday that he is seeking reelection to a third term in the Wyoming House of Representatives.

Washut, a former Casper police chief, was first elected to the legislature in 2018 and currently serves as both the vice chair of the House Judiciary Committee and a member of the House Rules Committee.

Washut has taught criminal justice, political science and addictionology classes at Casper College since 2000, holding a master’s degree in public administration, his Thursday announcement states. The Wyoming Association of Community College Trustees named Washut the Faculty Member of the Year for 2018–2019.

“People often ask me if serving in the legislature is fun,” Washut said in his reelection bid announcement. “I would not describe it as fun, while it does have some pleasant aspects. Serving is, however, fascinating. As a lifelong learner, I relish the opportunity to discover new things. In the legislature we consider topics as varied as Agriculture and Cryptocurrency. Every bill presents an opportunity to learn new things and to better understand others.”

Washut is seeking reelection in House District 36. That district’s boundaries were redrawn during the redistricting process earlier this spring, with the Wyoming House set to grow to 62 total seats and the Senate set to grow to 31.

While Evansville used to lie within House District 36, voters in that community are now part of the new House District 62 that also covers the western half of Converse County, including Glenrock.

House District 36 now includes a large area of central Casper, as indicated in the following map of house districts in the Casper area (interactive statewide House and Senate maps are available online):

“I look forward to getting acquainted with the voters in the new portions of the district while I campaign this summer,” Washut said. “One of the challenges presented by the new boundaries is that there are a great many apartment buildings. Many of these are secure and door-to-door campaigning is not possible. I will be sending a mailing very soon in hopes of reaching all of those folks.”

Washut said he sent his candidate filing information and fee on Thursday, which marks the first day of Wyoming’s two-week candidate filing period. Residents interested in running for local, state or federal office have until 5 p.m. Friday, May 27 to file their candidacy.

More details on the candidate filing period in Wyoming are available in this article.