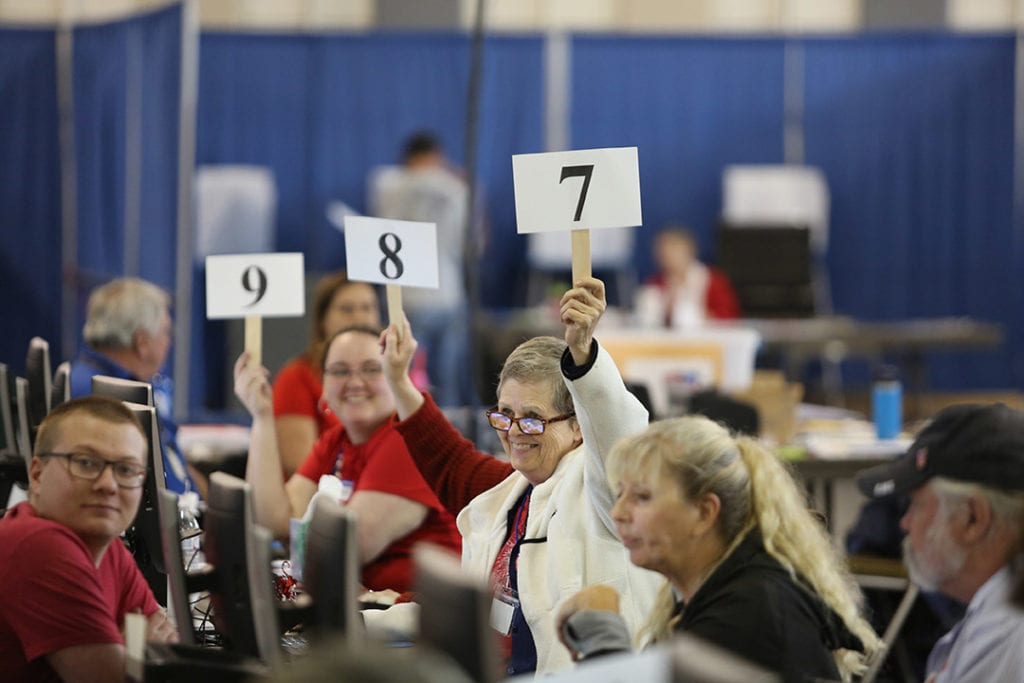 Volunteers hold up numbers to signal voters as they enter the polling place in the Industrial Building during the 2018 Wyoming Primary on Tuesday, Aug. 21, at the Central Wyoming Fairgrounds in Casper. (Dan Cepeda, Oil City)

CASPER, Wyo. — Wyoming residents interested in seeking elected office have two weeks to file their candidacy to run for local, state and federal office in the 2022 election cycle.

“As part of a democratic society, public service is one of the highest honors that can be bestowed upon you,” the Election Division’s 2022 Wyoming Candidate Guide states. “Representing your community and your state is an incredibly rewarding experience, unlike any other.”

The candidacy filing period opened Thursday and the deadline to file is 5 p.m. Friday, May 27, according to the Wyoming Secretary of State Election Division. Filing by the deadline ensures candidates will appear on primary election ballots. Independent candidates seeking statewide or federal office are required to file petitions to appear on the general election ballot no later than Aug. 29, according to the Secretary of State’s office.

People interested in running for local office at the municipal or county level need to file with the county clerk’s office in their respective county. In order to run for statewide office, candidates must create an account in Wyoming’s Campaign Finance Information System and file online.