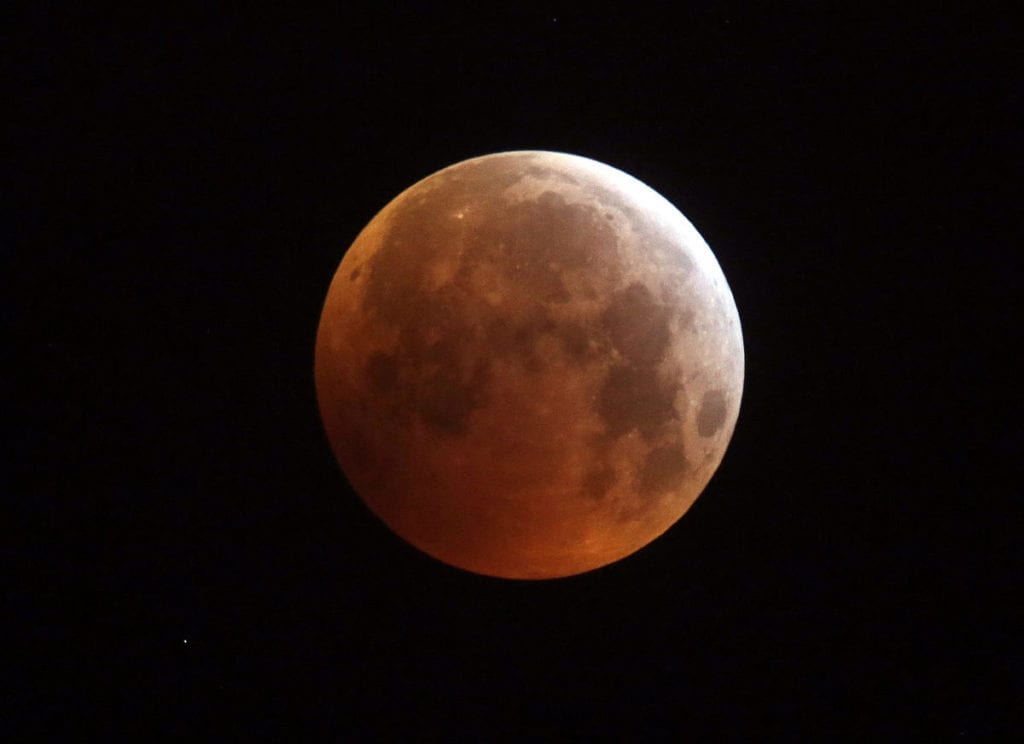 The full moon is seen during a lunar eclipse in Marseille, southern France, Monday Jan. 21 2019. It's also the year's first supermoon, when a full moon appears a little bigger and brighter thanks to its slightly closer position to Earth. (AP Photo/Claude Paris)

CASPER, Wyo. — The forecast remains mostly clear for Casper during Sunday night’s “blood moon” eclipse, according to the National Weather Service in Riverton.

There is a 25% chance of maximum cloud cover in the Casper area, said meteorologist Chris Hattings in a video brief Friday. The Bighorns and Hot Springs County may see cloud cover at 45% of maximum, with up to 60% cloud cover possible in the Yellowstone area.

The eclipse occurs when the earth passes between the moon and the sun, casting a shadow on the moon. The longer wavelengths of sunlight that pass through the earth’s atmosphere give the “blood moon” its reddish hue, according to NASA.