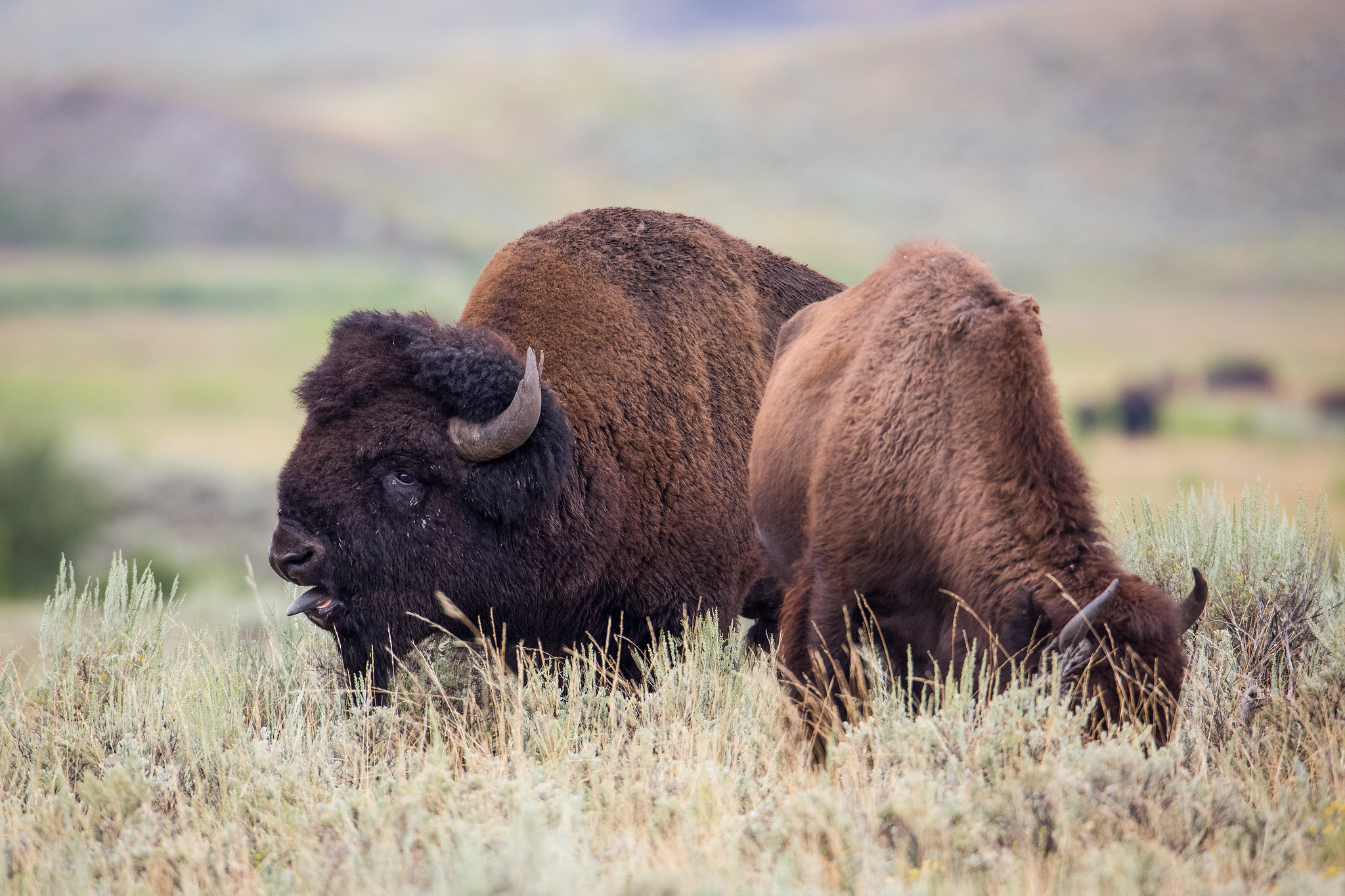 CASPER, Wyo. — It’s breeding season for Yellowstone National Park bison, and park officials are warning visitors that male bison might become agitated more easily than usual because of it.

“When bison begin to slowly migrate to the Lamar and Hayden valleys, you know it’s rut season in Yellowstone National Park,” a social media post by the park states. “Rut lasts from mid-July through September. It’s important to remember that during rut, bulls are on high alert and can get aggravated easily!”

“No matter what time of year, always stay further than 25 yards away from all wildlife, and make sure both tires are over the white lines if you pull off the road to view them,” the park added.

Rut is the time of year when bison come together in large herds to compete, socialize and breed, the post states. Male bison will fight with each other to prove themselves the strongest for females. Bulls mate with multiple females during a single season, but female bison mate with only one bull.

There have been three people gored this year by bison in Yellowstone National Park: an Ohio woman who was thrown 10 feet into the air, a Colorado man who was walking on the boardwalk near Giant Geyser and a 71-year-old woman who inadvertently approached a bison.

Most recently, the park reported that a bison headbutted a visitor’s car after the car stopped briefly by three grazing bison.