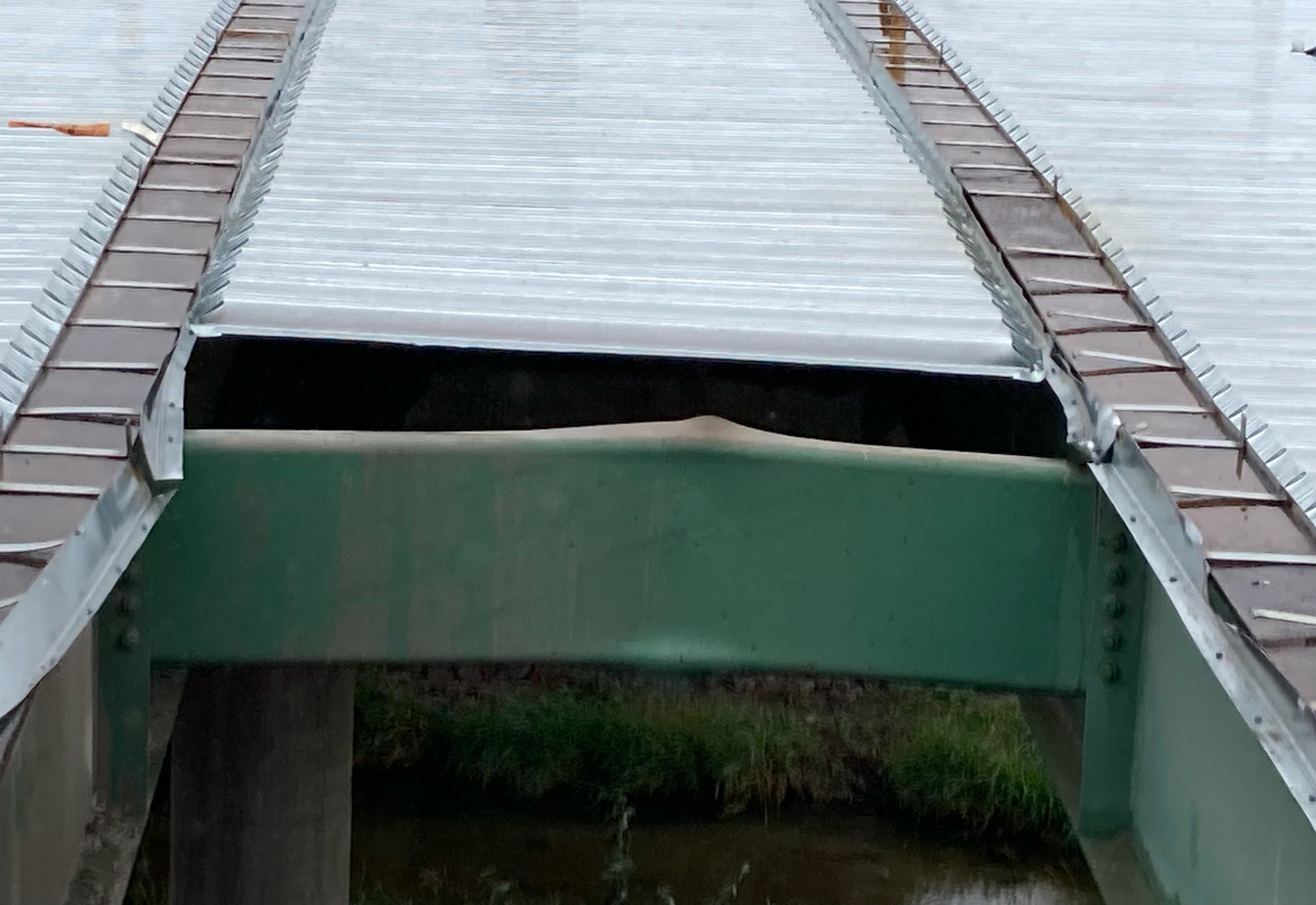 When this diaphragm located between two girders was cut, the second girder sprang back three inches, according to WYDOT. (WYDOT)

CASPER, Wyo. — Damage to a bridge over Casper Creek along Wyoming Highway 254, also known as Salt Creek Highway, is expected to be repairable, the Wyoming Department of Transportation said on Wednesday.

The under-construction bridge was damaged when a driver disregarded road closure signs and crashed into it on the night of Thursday, Sept. 8. The driver was not injured but received two citations, according to the Mills Police Department.

An inspection of the damage found that a girder damaged in the crash will require repair through a process called heat straightening, WYDOT said. Other damage is also expected to be repairable.

“The good news is [that] the existing structure is repairable and that the damaged areas can be fixed relatively straightforwardly except for the girder,” WYDOT said. “Though it won’t have to be replaced, there are only a few companies qualified do that sort of work (heat straightening) in the country.

“WYDOT is reaching out to those companies; however, we do not have a company committed nor a timeframe for that process established. WYDOT and the project contractor are working to get a company secured as well as a repair timeline set, but for now, work on the bridge will continue to be delayed.”