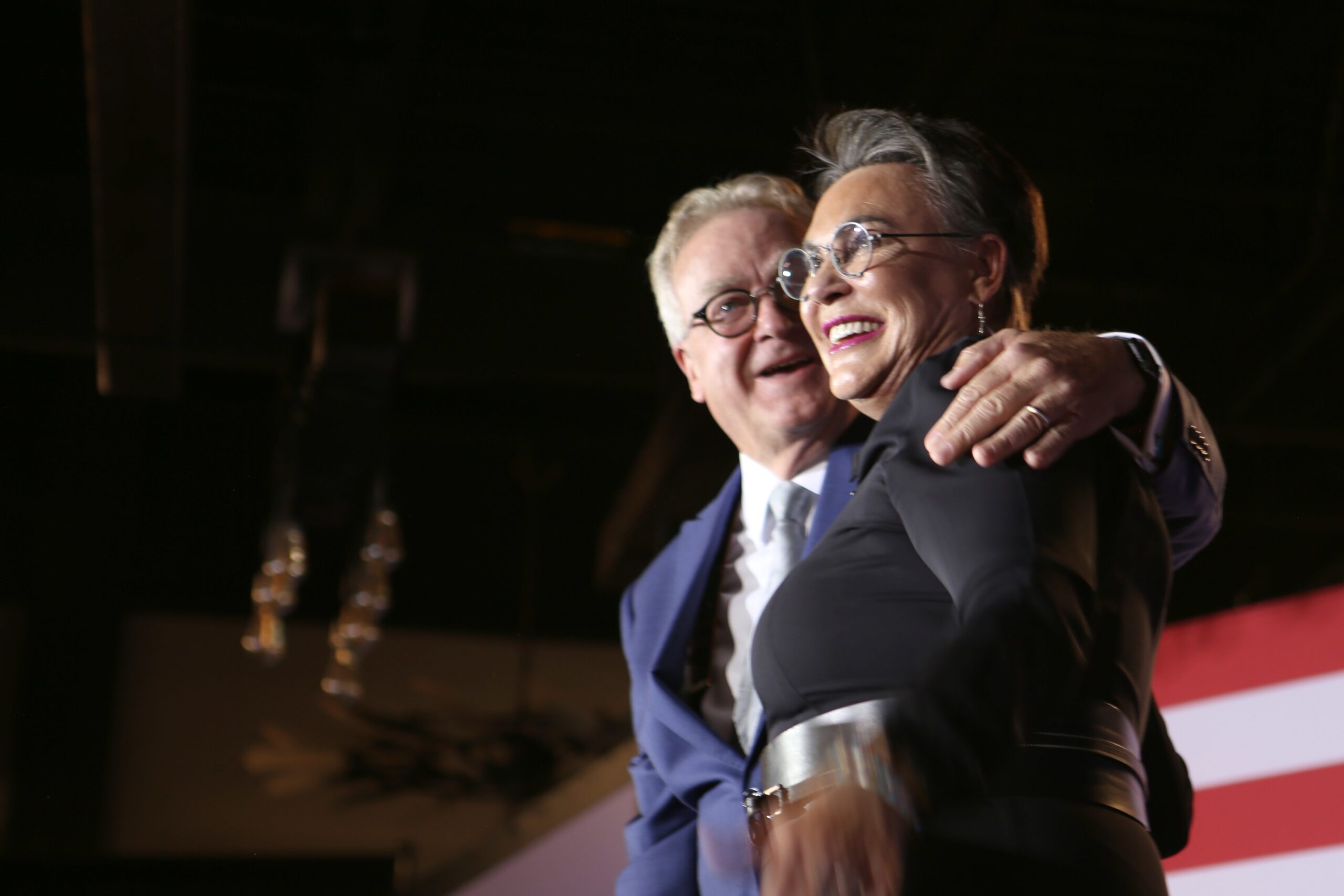 Forty-one legal professionals accuse the Trump-endorsed congressional candidate of violating the oath of attorney and professional misconduct for false statements about the 2020 election.

A group of prominent Wyoming attorneys and retired judges called on congressional candidate Harriet Hageman to stop spreading misinformation about the 2020 election in a Sept. 12 letter.

“We want you to know that we believe your comments about a rigged election were not supportive of the Rule of Law, have contributed to destabilizing our democratic institutions, and were inconsistent with our collective duties as members of the Wyoming bar,” the letter reads.

Shortly before the primary election, Hageman told voters during a candidate forum in Casper that “absolutely the election was rigged. It was rigged to make sure that President Trump could not get reelected.”

Prior to that statement, Hageman had been more circumspect on the campaign trail about the 2020 election, repeating instead that the results were unknown. She appeared to revive that equivocation in her response to the letter.

“There remain serious questions about that election,” Hageman said in a press release on Thursday morning. She also called the letter a “threat” by her fellow attorneys to file a complaint with the state bar against her.

The Rule of Law

Lawyers must be members of the Wyoming State Bar to practice in the state, and admission involves taking the oath of attorney — a declaration to “support, obey and defend the Constitution of the United States and the Constitution and laws of the State of Wyoming.”

The letter argues that making false claims about the presidential election is “contrary to at least the spirit, if not the letter, of the oath you and the rest of us swore upon our admission to the Wyoming bar, as well as other ethical duties and responsibilities owed by all of us as Wyoming lawyers.”

The state bar association also requires attorneys to abide by the Wyoming Rules of Professional Conduct, which state that attorneys have a “special responsibility for the quality of justice.” The rules also consider “conduct involving dishonesty, fraud, deceit or misrepresentation” to be professional misconduct. The letter references several of these rules in its argument.

The signees are part of a larger group of attorneys that informally came together following the Jan. 6 insurrection. The informal coalition is loosely connected over the internet and includes about 80-100 legal professionals, according to Bill Schwartz, a Jackson attorney.

“Everyone was so appalled and concerned and feeling like we should do something as the guardians of the Rule of Law,” Schwartz said.

Thirty-four members of the group put their names to an op-ed — originally published in January of 2021 and then again in July of this year — condemning the attack of the U.S. Capitol and applauding Cheney’s defense of the Constitution.

As was the case then, the drafting of this month’s letter to Hageman was a collaborative effort by the group, according to Schwartz.

“It would be inappropriate to suggest that this was written by one person or two people or even three people,” Schwartz said. “It takes a long time to get 41 lawyers comfortable with a letter like this.”

In her statement, Hageman accused the group of borrowing a template from The 65 Project, a legal advocacy group that targets attorneys who aided attempts by Trump and his supporters to overturn the 2020 election. The name of the group refers to the number of lawsuits that failed to produce any evidence to support the claim that the election was rigged against the former president. The letter cites some of 65 Project’s work, but Schwartz said the group drafted its argument independently.

The group did not send the letter to the state bar, according to Schwartz and Crank.

“The collective thought was to not do that, that we write to her colleague-to-colleague,” Schwartz said, adding that it’s possible, however, that any one of the signees could have sent it to the bar.

Because such proceedings are confidential, State Bar Executive Director Sharon Wilkinson would neither confirm nor deny that any such complaints had been filed.

“That’s all confidential under [Wyoming Supreme] Court rules. So we cannot discuss that at all,” Wilkinson said.

The Wyoming Republican Party trumpeted Hageman’s statement in a fundraising solicitation to its members Thursday evening. The party has been struggling financiallydue to a string of lawsuits and withheld dues.

“As a constitutional attorney, I have spent my career fighting for the rights of others, and now a group of my fellow lawyers is trying to squelch my own 1st Amendment rights because they disagree with me,” Hageman said in her press release.

In its letter, the group said it is not suggesting that her membership in the bar restricts her rights to freely express ideas and opinions.

“Indeed, whether a lawyer’s demonstrably false statements of fact about an election made in the public square are subject to bar discipline consistent with the 1st Amendment is an interesting issue that does not yet appear to have been settled,” the letter said.

Hageman did not respond to WyoFile’s request for comment.