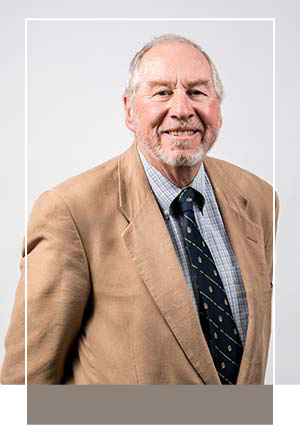 Sullins is the 12th recipient of this annual award. The award was presented by J. Kenneth Barbe, president of the Wyoming State Bar.

The Professionalism Award is given to a Wyoming lawyer/judge who represents the highest standards of ethics and dedication to the law, but also recognizes someone who contributes their time and energy to making the Wyoming Bar and its lawyers the best people they can be.

“I had the pleasure of practicing law with Tom Sullins for ten years before he became a judge. As a lawyer and a judge, Tom was a dedicated mentor who always took time to discuss and teach about the legal issues presented by a case. Many experienced lawyers recognize the value of good mentoring, but few have the commitment and persistence to devote the time that mentoring requires. Tom is a rare exception of an attorney who did not lose enthusiasm for mentoring,” Barbe said.

“Even as he approached his retirement on the district court bench, Judge Sullins continued to be engaged in teaching his law clerks about not only the ‘whats’ of the law but also the ‘whys.’ Tom’s dedication to teaching is evident by his involvement in teaching classes at Casper College and the University of Wyoming College of Law. However, in addition to mentoring, what sets Tom apart as a lawyer and a judge is his humility and graciousness. Tom is a true gentleman. Even if he is the smartest guy in the room, Tom has never shown the need to have others acknowledge it.”

Sullins received his undergraduate degree from the University of Wyoming in 1971 and his J.D. degree from the University of Wyoming College of Law in 1974. He began his career in the law as a Deputy County Attorney for Natrona County and served until 1979, when he joined the law firm Brow, Drew, Apostolos, Massey and Sullivan. In 1995, Sullins was appointed to be district court judge for the Seventh Judicial District in Natrona County, where he served until his retirement in 2019. Sullins’s enthusiasm for teaching is most likely inherited from his father and namesake, W. Thomas Sullins, who served as the first principal for Kelly Walsh High School when it was opened in Casper in 1965.

The Wyoming State Bar also announced that Morris R. Massey, an attorney from Casper, is this year’s recipient of the Bar’s President’s Award.

The award is reserved for a person or organization that has special meaning to the President of the Wyoming State Bar. Barbe, also of Casper, recognized Massey.

“From the year I graduated from law school throughout my career, Morris has been a mentor,” Barbe said. “He taught me and many other young lawyers who worked at the firm Brown, Drew, Apostolos, Massey and Sullivan the importance of knowing the law, writing clearly and critically thinking when analyzing legal issues. Many of the lawyers mentored by Morris early in their careers went on to have distinguished careers, with three of them becoming judges.

“Morris is one of the smartest lawyers I’ve had the pleasure to know. When I presented the President’s Award to Morris, I joked that he scared me and other young associates because of his high standards and expectations. But the fact is, Morris has a big heart and always cared about his firm and the people in it. My legal career has been enhanced by being mentored by Morris, and my personal life has been made richer through being befriended by Morris and his wife, Susan.”

Massey was raised in Ten Sleep, Wyoming. He graduated from the University of Wyoming in 1956 with a bachelor’s degree and in 1958 from the University of Wyoming College of Law. In his practice, Massey was an expert in the area of oil and gas law and wrote many briefs and argued many cases in the Wyoming Supreme Court. He has also been involved with many charities in his community, including the Goodstein Foundation and Hospice.