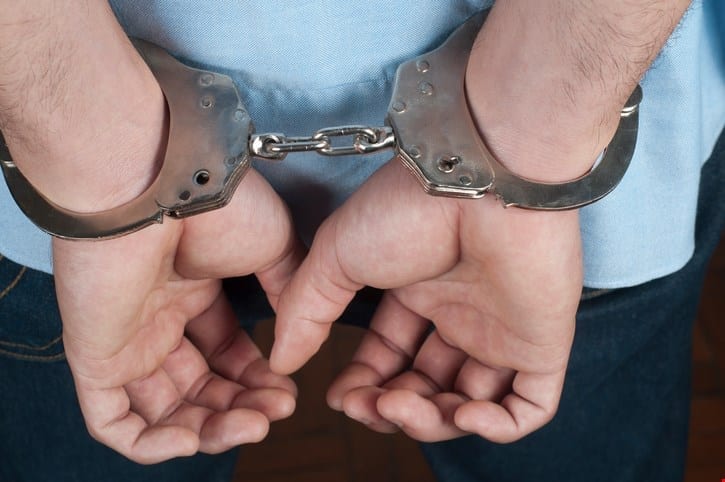 A Natrona County couple has been arrested and each faces multiple charges of Felony Child Endangerment- Methamphetamine.

According to court paperwork, 33-year-old Adam J. Mall and 30-year-old Amanda Bagwell were arrested Tuesday afternoon (1/31/17), after local agencies received reports that the couple had been using methamphetamine, with minor children present in the home.

Sheriff’s deputies arrived on the scene with the Department of Family Services, and made contact with Bagwell, Mall, and another adult female. None of the contacted adults were listed as owners of the home, and it was discovered that five children lived in the home, and two children were visiting at the time of the police contact.

Deputies say that DFS asked the three adults to take uranalysis tests to see if they had been using any controlled substances. One adult female was cleared, after the test came back negative, however Bagwell’s test showed presumptive positive for Methamphetamine.

Mall declined to take the test, deputies saying that he admitted the test would show positive for methamphetamine. At that time Mall told deputies that there was drug paraphernalia in his bedroom, handing over two pipes with suspect meth residue, and one pipe with suspect marijuana residue.

A subsequent search warrant and investigation lead investigators to the disovery of a backpack, alleged to belong to Mall. Inside, the arrest affidavit describes deputies finding “numerous items of drug paraphernalia, including a used methamphetamine pipe.”

The affidavit goes on to say that during questioning, Bagwell and Mall admitted to using methamphetamine two to three times over the course of the previous few days, using the drug inside of Bagwell’s vehicle. Further, Mall is said to have admitted to also using, several additional times, inside a bathroom within the residence.

Bagwell and Mall each made their initial appearance in court on Thursday (2/2/17). The couple is facing five counts each of Felony Child Endangerment- Meth, and both were given cash or surety bond amounts of $7,500.

The adult female that had the negative urinalysis test was released. Investigators noting that there was no indication that she knew of the alleged drug use or drug possession by Bagwell and Mall.