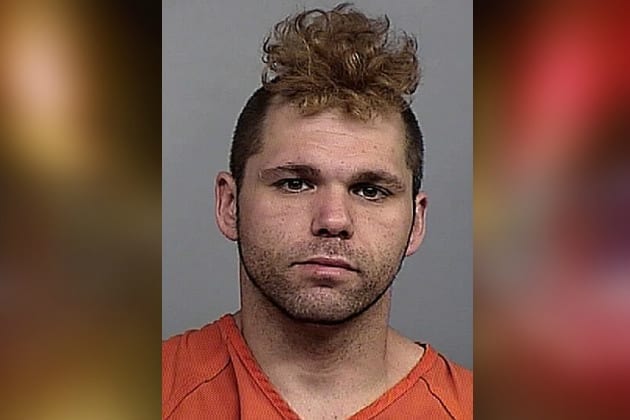 Police paperwork says that officers responded near the 1000 block of West Collins Drive, after witnesses reported seeing a man and woman physically fighting. Officers did observe a male on scene restraining a female, on arrival.

The man was identified as 33-year-old Christopher Melofsky. During investigation he denied having any kind of physical altercation with the pregnant woman. Melofsky did acknowledge, however, that the woman was “five to six months pregnant.”

The alleged victim also denied that an argument took place with Melofsky, however witnesses nearby described Melofsky holding the female in a headlock and punching the woman in the face.

Police also note that in reviewing the COBAN in-car video footage, the system captured a one-second clip of Melofsky having the alleged victim in a headlock with his left hand while punching the victim with his right.

Melofsky was arrested and booked into jail on a charge of Aggravated Assault and on a District Court Bench Warrant.

The alleged victim was also arrested and booked on an unrelated charge of Failure to Comply.

Charges are subject to change and all suspects are presumed innocent until otherwise proven in court. The suspect will face formal charges pending his initial appearance in Natrona County Circuit Court.