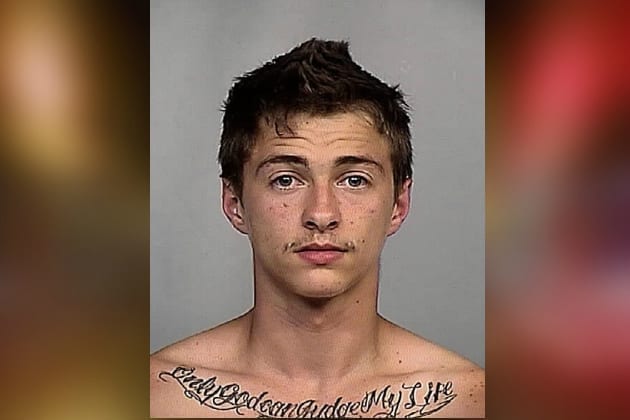 A Casper man was arrested after it is alleged that he broke into the Casper Star Tribune Building and passed-out inside. The suspect is also said to have been carrying a gun at the time.

Police responded to the scene, just after 9:30 am on February 11th. An arrest affidavit says that witnesses reported seeing a man, later identified as 21-year-old Adam McClure, enter into the newspaper building’s loading door, and crawl inside the building. When confronted by newspaper staff, McClure said he was waiting for one of the employees.

Before police arrived, McClure is said to have wandered from the break room to the paper mill area, and fell asleep inside an employee locker room area. He also is alleged to have eaten food from a break room refrigerator.

After police arrived, they had difficulty waking McClure. Police did see that McClure had a holstered hand gun, and placed McClure in handcuffs.

McClure was then searched and found to be in possession of a jewelers bag containing suspected marijuana.

The revolver found on McClure’s person was found to have been not-loaded.

During questioning, police say that McClure admitted to drinking alcohol and smoking marijuana the night before. McClure identified himself as having previously worked at the Star Tribune when McClure was 18 years-old, and said that he had come to the building on Saturday morning to get an application of employment for a friend.

During investigation, police say they believe that it appeared that in his wandering, McClure had jumped from an interior balcony, onto a piece of machinery, jumped to another piece of machinery, and finally jumping to the floor. This gave McClure access to areas of the building that would normally require access by key-fob.

McClure was arrested and booked into the jail under charges of Criminal Entry and Possession of a Controlled Substance- Marijuana. These charges are subject to change pending initial appearance in court. All suspects are considered innocent until otherwise proven in a court of law.

According to the arrest affidavit, McClure has been trespassed for life, from the Casper Star Tribune Building.