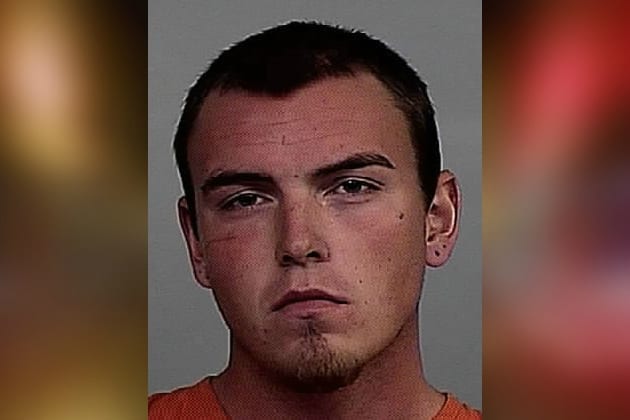 Local Police have arrested a Casper man, after it was alleged that he shoplifted from the store in July of 2016, and then returned to the scene of that shoplifting on Monday (2/13/17).

Witnesses reported, and were later confirmed by security video, that the suspect had visited the store and then just before 9:00 pm, the suspect is said to have ran out the emergency exit carrying three boxes of Nike shoes, each valued at $100.00 a piece.

On February 13th, 2017 officers were contacted in the afternoon hours. Employees at the Shoe Carnival had identified the suspect as having returned to the store. The suspect had left by the time that police arrived, but was observed nearby, where officers ultimately made contact.

The suspect was identified as 21-year-old Steven Michael Gettings. During questioning Gettings denied any involvement in the 2016 theft, saying that he was in jail at the time.

Officers did review the security camera footage of the July incident, and confirm that the suspect in the footage has a physical match in hairstyle and build to Gettings.

Gettings was arrested and booked into jail on charges of Shoplifting and Failure to Comply. Gettings will face formal charges at a later time. All charges are subject to change, and all suspects are considered innocent unless otherwise proven in court.