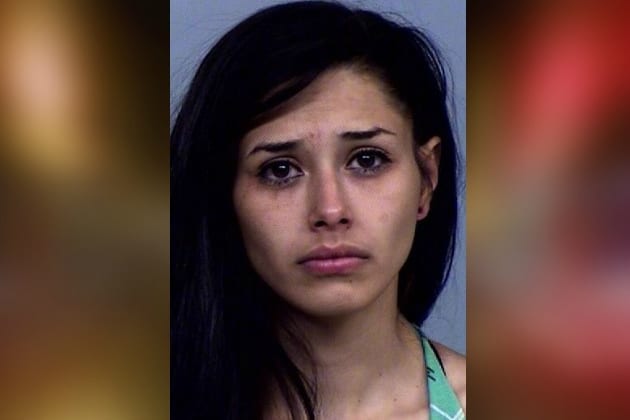 Casper Police documents say that officers responded to the area of North Beech street in Casper, after the reporting part told dispatch that a woman was in the backseat of her Jeep Liberty “tripping out” on methamphetamine.

The woman, later identified as Alcorn, was exhibiting strange demeanor and erratic behavior, officers saying they had to place the suspect in handcuffs.  Alcorn appeared to be crying and making exaggerated physical movements and “lacked coordination.” Arrest affidavits saying that Alcorn continued to twist her arms and shake her legs.

A drug recognition expert with the Casper Police Department said that the suspect was displaying signs of controlled substance abuse, citing several physiological indicators such as dilated pupils, blistering on the back of the tongue, and light sensitivity.

During the arrest, Alcorn is said to have continued uncontrolled movements.  Alcorn was transported to Wyoming Medical Center for examination.

The suspect was eventually medically cleared from the ER and was transported to the Detention Center.

Alcorn will face formal charges during her initial appearance in court.  All charges are subject to change and all suspects are presumed innocent unless otherwise proven in court.