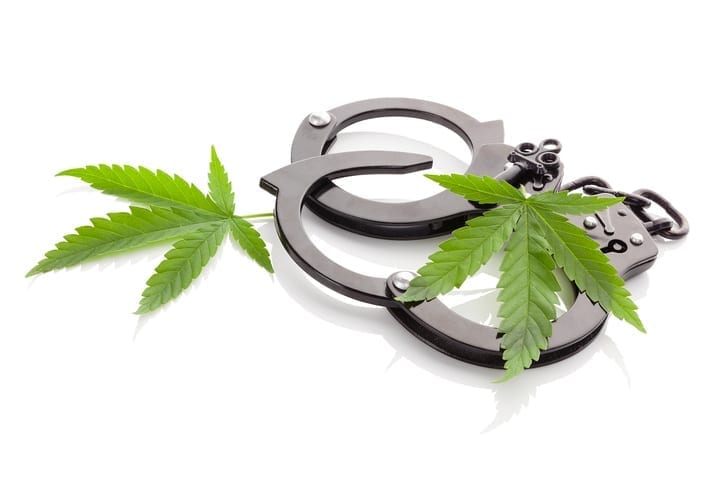 A Riverton man was arrested in Natrona County on Monday (2/20/17), after a repossession company claims that they found drugs in the man’s vehicle.

According to an arrest affidavit, Natrona County Sheriff’s Department officials responded to a call at a recovery service, just after 11 am on Monday.

Employees of the recovery company say that they repossessed a vehicle which belonged to 40-year-old Kevin Tate. Monday morning, the employees claim that Tate called them begging them not to inventory items left in the vehicle. However, per company practice, the employees did inventory the vehicle’s contents. Representatives from the recovery company say when they found a backpack, they saw several items which appeared to be marijuana packaging, as well as a strong odor of the drug coming from the bag. That’s when they called authorities.

Subsequently, a taped cardboard box addressed to Baton Rouge, Louisiana; with Tate’s address in Riverton as the return-address, was also found in the vehicle and is said to have contained marijuana edibles, raw marijuana, and 11 pills of the drug ecstasy.

Investigators say that Tate arrived at the recovery company while Sheriff’s deputies were present. He was taken into custody just after 12:30 pm on Monday. He was booked into jail on two charges of Possession of a Controlled Substance, and one charge of Possession with Intent to Deliver.

He will face formal charges at his initial appearance in court. All charges are subject to change and all suspects are considered innocent until otherwise proven in court.