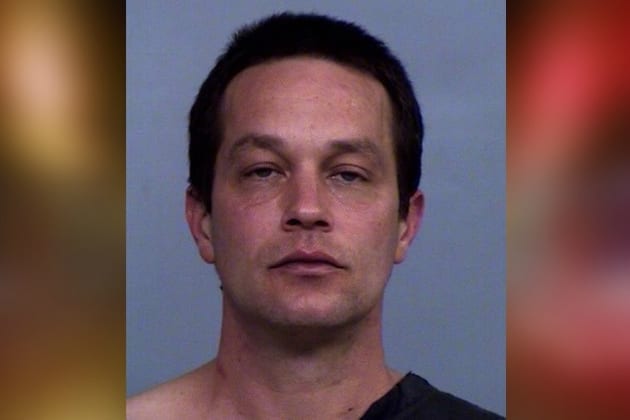 Casper Police have arrested 41-year-old Albert Rocco Zilinger on charges of Strangulation of a Household Member, False Imprisonment, and Domestic Battery. The charges coming after a witness, who called 9-11 on Zilinger, says that they witnessed the crime over the video chat service SKYPE.

Casper Police Department arrest paperwork says that Zilinger was arrested on February 19th. Officers responded to Zilinger’s home on Landmark Drive just after 10:30 pm Sunday night. Emergency dispatch had received a call from Indiana, from a person who said they had been video-chatting with a juvenile, when two adults on the other end of the video chat were having an argument and physical altercation in the background.

Zilinger admitted that he and the adult female in the home had been in a verbal argument that became physical. Zilinger saying that he attempted to restrain the woman, but denying that he had put his hand over the alleged victims mouth or impeded her breathing in anyway.

The victim, and the juvenile in the household however told police a different story. The two are quoted in a police affidavit that Zilinger had put his hands over the victim’s mouth and nose. The person in Indiana who says they witnessed the incident over SKYPE also said that Zilinger put his hand over the victim’s mouth and nose.

During questioning, the victim said that Zilinger had squeezed hard enough as to block her from breathing for several seconds, remove his hands for a second, and immediately put his hand back over the victim’s moth and nose. The witness also reported Zilinger saying “I will f–king kill you”

Zilinger was still in custody at the Natrona County Detention Center, as of Wednesday morning. He received a bond amount of $25,000 cash or surety.

All suspects are presumed innocent unless otherwise proven in court.