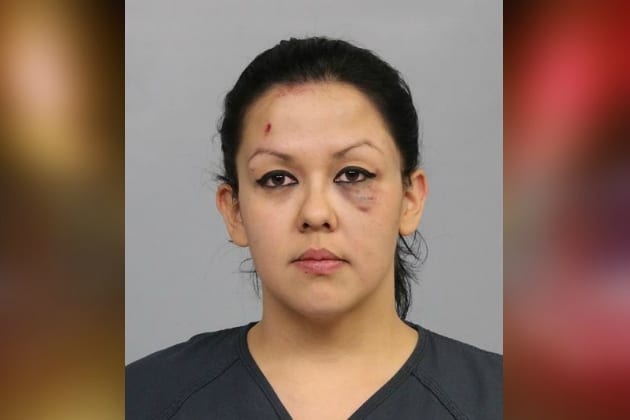 CASPER, Wyo. —  A Casper woman was arrested during the early morning hours Tuesday, after police say that she eluded one police officer, and led another on a short chase.

Rachel Stack was arrested and booked into the Natrona County Detention Center at approximately 2:00 am, April 18, 2019. She faces recommended charges including Interference, Eluding a Police Officer, and Reckless Driving.

According to an affidavit filed in the case, Casper Police officers report witnessing a vehicle driving at a high rate of speed, north on Wolcott Street, near the intersection of 5th. Speeds were estimated by officers on scene to be approximately 60-70 mph.

The suspect truck led police on a short chase through the downtown area, then turning northbound on Center Street.

Police say that they called off the chase, and communicated with dispatch, finding out that a vehicle of similar make, model, and color had previously eluded a police officer near Casper Mountain Road and Wyoming Boulevard.

The affidavit says that officers drove the area off of North Center street in an attempt to find the suspect vehicle, eventually locating it in an alleyway near the 900 block of North Durbin.

Police say that the truck was not running and a lone female occupant was tucked down in the driver’s seat, on the phone.

The affidavit describes that the female had the doors locked on the vehicle and reportedly refused to acknowledge officers commands.

One officer, using an asp baton, reportedly broke the driver’s side window and gained access to the vehicle taking the suspect into custody.

The driver, later identified as Stack, was said to resist officer’s attempts to remove her from the vehicle, take her into custody, and place her in the squad car.

Officers say that a Taser was used as police attempted to place Stack into a squad car, stunning the woman two times.

Stack was transported to the detention center, where she was said to continue resisting officers and deputies. Officers say that Stack was ultimately restrained.