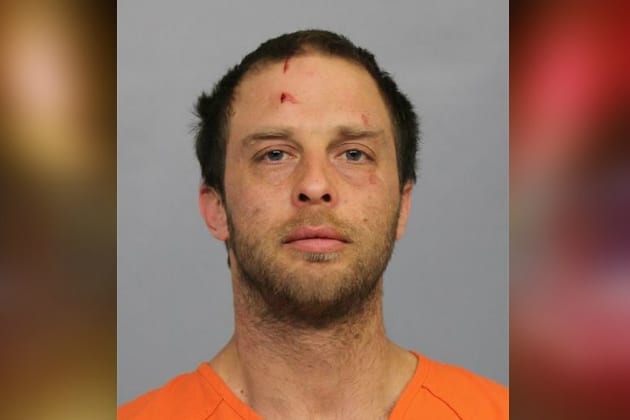 CASPER, Wyo. — Casper police say that a man was arrested after fighting with a person who was in a wheelchair. Officers say that the victim in the case might lose eyesight because of the incident.

Cory Campbell was arrested during the nighttime hours of April 21, 2019. He faces recommended charges of Aggravated Assault and Battery and Breach of Peace.

Police say that they responded to the 300 block of South Grant Street for a report of a fight.

Police report that they arrived to find Campbell seemingly passed out and lying on his back in the middle of a hallway, in an apartment complex.

As police were speaking with Campbell a male came out of a nearby apartment in a wheelchair. The man had a swollen left eye and bruising around his cheek.

The man said that Campbell had punched him in the face, which caused the swelling.

Two neighbors reported that they heard the altercation in the hallway and investigated, observing Campbell on top of the alleged victim, punching him in the face. The neighbors said that they knocked Campbell off of the accuser, and that Campbell laid down in the apartment hallway following that.

The accuser said that Campbell had come over to his apartment while intoxicated. After telling Campbell that he wanted him to leave, it was reported that Campbell became upset and the two began arguing in the apartment hallway.

It was further reported that Campbell said “I’m going to kill you” and “kill everybody,” and then reportedly punched the accuser in the face.

An affidavit in the case says that the victim in the case may require surgery on the eye, and that there is a “high possibility” of the man losing his eyesight.

Campbell was arrested and transported to the Natrona County Detention Center.