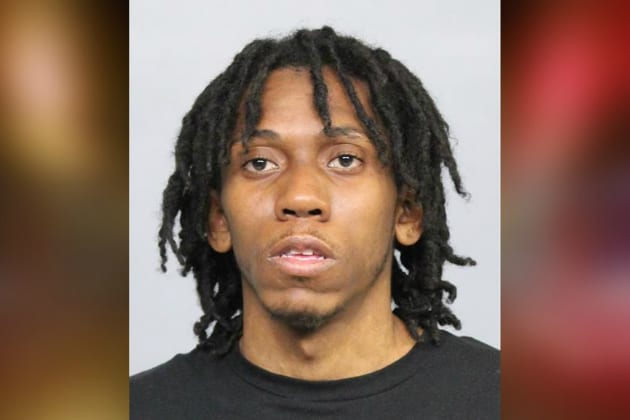 CASPER, Wyo. — A Casper man is facing a recommended Robbery charge, after it was alleged that he shoved a store clerk and took cigars from behind the counter.

According to Law Enforcement paperwork, Jamitrice L. Campbell was arrested during the evening hours of April 19, 2019 following a police investigation. He was also recommended for a charge of Assault in addition to the recommended Robbery charge.

Police say that they responded to a gas station and convenience store on the 1000 block of East 2nd Street, after a clerk reported that a man had come in and assaulted an employee before taking cigars from the store.

The incident was said to have occurred during the afternoon hours of April 18.

Witnesses told police that a man had come into the store asking to purchase two packages of Swisher Sweet cigars. Because the man was unable to provide employees with an ID, the sale was not made.

It was reported that the man got angry, walked around the counter, forcefully shoved a clerk, grabbed two packages of cigars, and left the store.

Police were provided with a license plate number and description of the suspect vehicle by witnesses.

The clerk was reported not to have sustained serious injury during the incident.

Police also say that security footage from the store was obtained, that showed the suspect taking items from behind the counter, and allegedly held the packages up to the camera.

The suspect then was said to have dropped off $2.20 in change on the counter, before exiting the store.

The price for the cigars was estimated at $2.08.

Officers say that from the vehicle description and security footage, the suspect was identified as Campbell. Officers say that they attempted to contact Campbell at his home, but were unable.

An affidavit in the case says that Campbell came to the Casper Police Department on his own, to speak with officers.

Officers say that Campbell denied assaulting the clerk, saying that the clerk had touched him first and that he was defending himself. He also indicated to officers that he did not believe the cigars to have been stolen, because he had paid for them.

Campbell was ultimately arrested and transported to the Natrona County Detention Center without further reported incident.