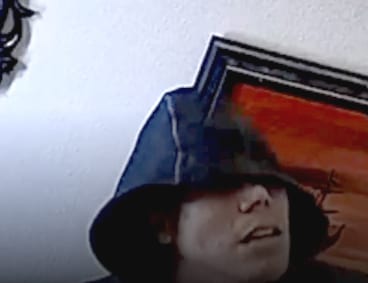 Cheyenne PD officials say that between 10:00 am and 10:00 pm, on April 10, 2019 several people reportedly entered a private residence in the 1500 block of Trailway Rd. in Cheyenne. Police say that the suspects stole numerous items from the home.

A Cheyenne PD statement goes on to say that, on the same day, a residence at the 3300 block of Douglas Street, in Cheyenne, was also broken into between 9:00 am and 1:15 pm and burglarized.

A press release says that investigators are looking into a possible link in these crimes, as both victims were identified as owners of local Asian restaurants.

The CPD is looking for assistance to identify one of the burglars caught on a surveillance camera.

If anyone has information on these cases or saw anything suspicious in the areas where these crimes occurred, please contact Detective Harper at jharper@cheyennepd.org or 307-637-6587.

These cases remain under investigation by the Cheyenne Police Department.

The Cheyenne PD says that they have been contacting local Asian restaurant owners and owners of nail salons, alerting them to this crime.

Prior to the burglaries, the suspects may have followed the victims from their businesses to their residences, according to police officials.

Cheyenne law enforcement is also reminding business owners in the capital city, to be aware of your surroundings as you travel to and from your business.