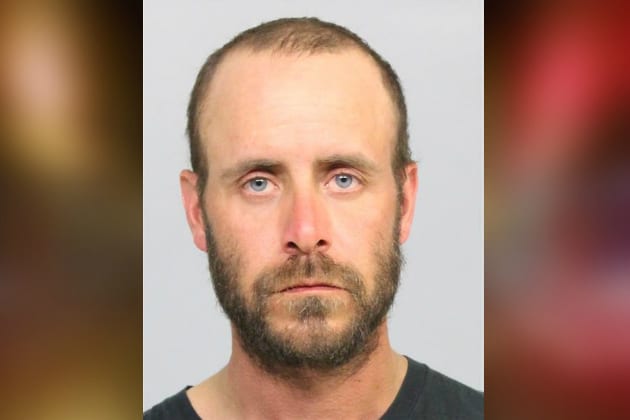 CASPER, Wyo. — Casper police say that a man was arrested after it was alleged that he tried to cash a check that had been stolen in a business burglary the night before.

Casper Police say that Douglas Leroy Olson Jr. was arrested during the morning hours of April 25, and was booked on a recommended charge of Forgery.

Police say that they received a call from a check cashing center on North Center Street, in Casper, just before 11:00 am, Thursday.

Police responded to the scene and made contact with two individuals that had reportedly tried to cash a check, that was believed to have been taken in a burglary the night before.

An affidavit filed in the case says that employees of the check cashing center said that two men had entered and attempted to cash a check made out to payee “cash.” The employee said that they suspected something was wrong and called the business that was listed on the check.

The employee says that the business reported that the check had gone missing in a burglary the night before.

Police spoke with both of the men at the check cashing center, one of whom was identified as Olson.

Police also interviewed Olson who said that he had found the check near a Casper motel on West F Street in Casper. Police report that Olson said that the check was found among receipts, bank bags, and other items.

Olson says that he had taken the found items to an abandoned home on Burlington Street, before going to the check cashing center.

The affidavit goes on to say that Olson claimed to have asked the other person to cash the check for him, because Olson did not have any identification. Olson told police that he wanted money to buy marijuana.

Police indicate that some physical attributes of Olson’s person, at the time of his police contact at the check cashing center, did not match those of a suspect in the previous night’s burglary.

The other person that was with Olson was released by officers. Olson was arrested and transported to the Natrona County Detention Center without further reported incident.